While watching the first series of Heavy Entertainment, it became immediately evident that comedian Nick Helm has been given a platform in which he has free reign to create whatever he wishes. This means that he can incorporate all of his skills into one half hour. In this sense, this new stand up/sketch-style show has enabled Helm to prove himself to any sceptic that he is incredibly  multi-talented, with an obvious aptitude for not only comedy, but music, drama and poetry also.

Each episode sees Nick presents a show based loosely around a topic, such as Romance, War and Dreams. He does this with the help of his band, which is made up of Ben Ellis, Ross Power, Jamie Smith and dead-pan comedian David Trent, who is keen to share his hopes and fears with the audience, which has hilarious consequences. His ambitions contrast starkly with the bitter sweet comments of Helm in an interview-style segment, when asked what he dreamt about as a kid. Helm simply replies: “I just dreamt of being happier”. This comment is emblematic of the general semantics of the programme; behind the obvious comedy elements, there is an undeniable darkness present, which makes the whole affair all the more interesting.

On the surface, Nick Helm’s Heavy Entertainment may look like a bit of an angry, multi-modal shambles. Look closer, however, and you will notice so much more. Each and every element is highly crafted, which is made more obvious as the series progresses and certain aspects of the performance are repeated, and Helm successfully incorporates music, poetry and even dance into the whole proceedings, giving the show a cabaret feel. There are sarcastic rants, intelligent jokes and some honestly fantastic songs, as well as multiple tender and emotional moments.

Nick Helm is at the top of his game, presenting a comedy that is both thoughtful and riotously funny. This is true heavy entertainment.

SERIES ONE OF NICK HELM’S HEAVY ENTERTAINMENT IS AVAILABLE TO WATCH ON BBC IPLAYER.

Uncle, starring Nick Helm, is back and stronger than ever, with a new set of relationship, career and general life problems awaiting the uncle in question, Andy.

Admittedly, Uncle is not what it used to be, but that doesn’t mean it is anything less than the comedy it began its life as. Errol (Elliot Spencer-Gillott) has grown up considerably and is now thirteen, so less of the adorably nerdy kid he used to be and more of an awkward and self-conscious teen. Though this has been used by others to criticise, I don’t think the fact that Errol is older lessens the comedic value of the programme, but rather, it moves the sitcom onwards to a new place. In this way, series two of Uncle has shown us that here we have a naturally evolving comedy that doesn’t feel manufactured or forced.

Nick Helm and Esther Smith (Cuckoo) make a wonderful pairing and I’d love to see them create something else together, perhaps a pilot of their iPlayer comedy short, Elephant. In addition, Daisy Haggard plays Errol’s well-meaning but hopelessly self-centred mother which enables an interesting brother-sister dynamic between herself and Andy as well as her slightly dysfunctional mother-son relationship with Errol. 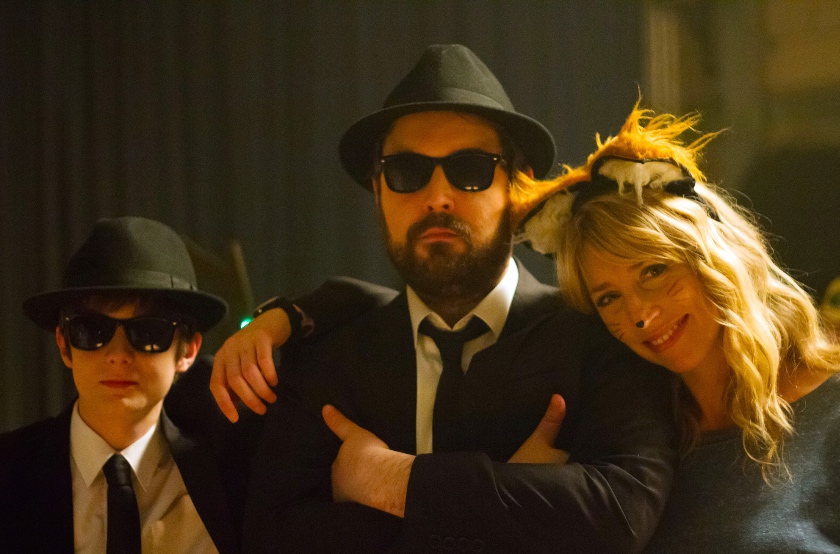 The denouement of each episode is usually accompanied by an emotional, and often very funny, ballad which allows Helm himself to bring, in his words, “a little bit of creative input” to the proceedings. These songs are admirable in their own right and showcase this comedian’s undeniable musical talent, providing an interesting interlude from the full narrative.

Uncle is an endearing sitcom with likeable characters and a hugely talented cast. It’s a slow-burner, which only increases its impact, making it one of the most enjoyable sitcoms I’ve seen for a while. Before watching the final episode of this series, I would have told you that I couldn’t see much scope for development within a third series, but I have been well and truly swayed. There is still so much space for plot and character relationship growth, and I am excited for the potential of Uncle‘s return. But regardless of whether a third series is made, I rest assured that the stars of this programme will shine through in any further projects they undertake. In particular, I look forward to seeing what future productions Elliot Spencer-Gillott gets involved in as he has shown himself to be a great and exuberant young comedic actor.

If you watched the BBC iPlayer shorts from June 2014, you’ll have seen for yourself how these miniature comedy installations really do open up a new style of viewing. Last year’s six hilarious bitesize programmes allowed us to sample a whole range of funny creations from the likes of Matt Berry, Reece Shearsmith, Micky Flanagan and Meera Syal, and it’s no surprise that the news of a brand new set this month was more than welcome.

Rom Com is the increasingly popular Romesh Ranganathan’s Valentine’s-related short, starring Aisling Bea. Together they make up the world’s seemingly most awkward first date ever. The episode follows Romesh as he is rigorously prepared for his evening with this quite mysterious young woman by his very own verbally abusive relationship guru, who also happens to be a figment of his own imagination. Rom Com is a dark and oppressive comedy, and is made bitterly funny thanks to both of its stars.

Katy Wix’s Dear Jean Pierre is a silly story of a quaint French romance, as it reaches its emotional final moments. In this remarkable tale, Wix relives the moments where the relationship began to decline, and brings her wonderfully childish humour along for the ride. With her trademark hopeful and innocent nature, and a knack for surprising us with various twists and turns along the way, Dear Jean Pierre is a complete comedy delight. 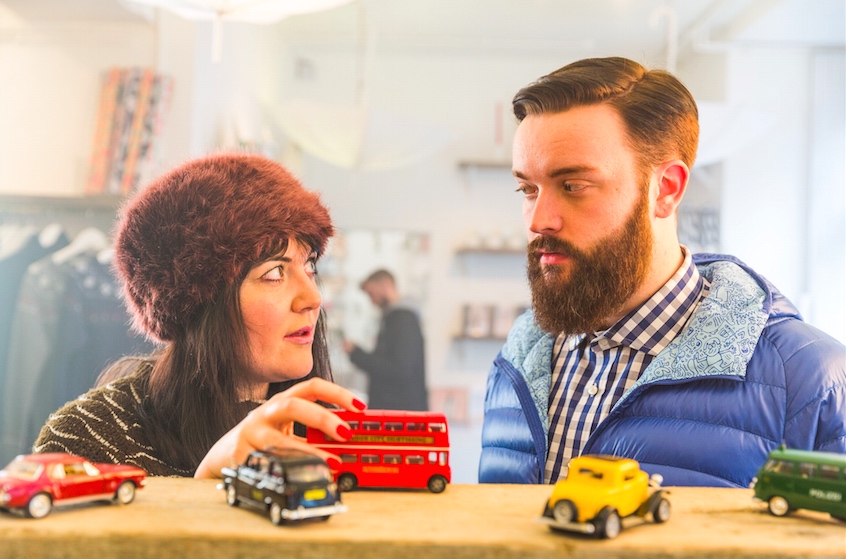 Matt Berry’s Wild Love is certainly wild, shockingly funny and crude. In the sequel to last year’s Lone Wolf, Berry narrates the mating antics of various creatures ranging from golden frogs to “colonial hopping dogs”. This undiscovered world is absolutely crazy, and even our beloved narrator himself seems to get carried away by the absurdity of it all, which makes for hilarious listening. Writer, Bob Mortimer, and Berry have come together yet again, to create something fantastic, and it’s not too difficult to visualise this becoming a series one day. Watch out David Attenborough!

Bill Bailey brings his brilliant song-writing skills to present a parody of the romantic-rock music industry by remaking one of his own songs, Love Song. It is bleak, harshly funny and typical of Bailey’s hilarious comedy. It also really made me want to watch his ’96 live show Cosmic Jam again as this man’s material is absolutely timeless. Music Lovers is Sara Pascoe’s surreal comedy short about a Norwegian band, Monozygotic, who are promoting their new album, but it turns out there is much more going on behind the scenes that are revealed throughout. I loved this because it’s completely different from anything I’ve seen Sara do before (and because I got to hear Elis James’ Norwegian accent. 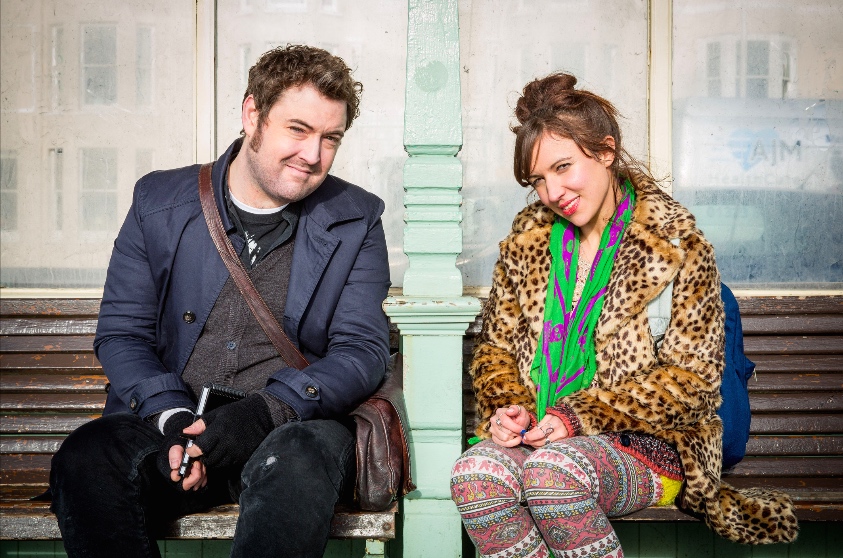 Elephant, starring Nick Helm and Esther Smith, is the sweetest little comedy I’ve seen in a long time. It follows a very clumsy yet likeable pair of young almost-lovebirds as they embark on the world’s cheapest almost-date ever. The visuals of this one are absolutely beautiful, with bright natural lighting and smiles all round and the over all effect is a slow-burning, lovely episode that really warms the heart. The Lady and the Fly from Modern Toss is very different from the rest of the episodes due to its animated format. A fly has fallen in love with a human woman and her apparent rejection has made him feel like ending it all and becoming a “self-netter” by flinging himself into a spider’s web, ready to be eaten. Modern Toss have created something that is cleverer than most observational comedy, as the ideas are implied through the fly’s narrative, rather than in explicit statements.

These iPlayer shorts are such a great new development in online viewing and I look forward to a third batch at some point in the future.

Watch all of the fantastic comedy shorts on BBC iPlayer