Chris Evans is the founder of the film production and distribution company, Go Faster Stripe. From Stewart Lee to Seymour Mace, Go Faster Stripe has produced a huge variety of live comedy recordings, and the company continues to grow its catalogue each year.

MoodyComedy chatted to Chris to find out more…

Hello. Thanks for asking me to do this – but I am hardly an expert. We started as a bit of a ridiculous dream. I read somewhere that Stewart Lee was having trouble getting his show recorded for DVD. I had seen the show, and I thought it was ridiculous that no one wanted to film it.

At that time I was working in a little arts centre in Cardiff and as I was wandering through the theatre one afternoon I thought that it would make a great venue for a DVD recording. A couple of days later – in the bath – I remembered I had a couple of mates that were cameramen, and I knew a chap who was handy with his sound recording equipment. So – by chance – I had all the components in place to record Stew’s show, and I wrote to him and told him. To my huge surprise and absolute delight he agreed to come down.

We filmed the show, and then we surprised ourselves again when it came out rather well. So Go Faster Stripe was formed to release it. I had a pint with Stew to celebrate, and he suggested I got in touch with Richard Herring to ask if he had anything he’d like us to record. And then it all went from there. I now have my dream job. I am very lucky.

Where did your love of comedy originate?

I don’t know. I mean we all like a laugh, don’t we? I had a friend from school that shared my love of comedy. We used to record Radio 4 comedy shows and were hungry for any laughs we could get our hands on. We used to go to the bookshop in Cardiff and browse their comedy book section. Now I’m thinking about it, I think I was just after funny things to say to my friends in school. You know, so I could be popular. We all want to be popular, don’t we?

Who do you most enjoy watching perform?

I enjoy watching people comfortable in what they are doing. I love the likes of Tony Law and Simon Munnery – you can tell immediately that neither of them are copying anyone else. And that they’ve evolved their own styles.

Why do you continue to do what you do?

This is my perfect job.  I wouldn’t change it for anything. I try and keep things sustainable, and not risk too much on any daft projects, whilst at the same time making sure I get involved in daft projects.

What element of your work are you most proud of?

I’m over the moon that I’ve managed to save some excellent shows for future generations. And I like to think that we’ve done it with a little bit of style. I like that we’ve managed to get our DVDs jam packed with loads of extras and hidden stuff.

Oh, and I’m really proud of a Robin Ince DVD we made that plays in a different random order every time you put it on. It took ages to get that to work. 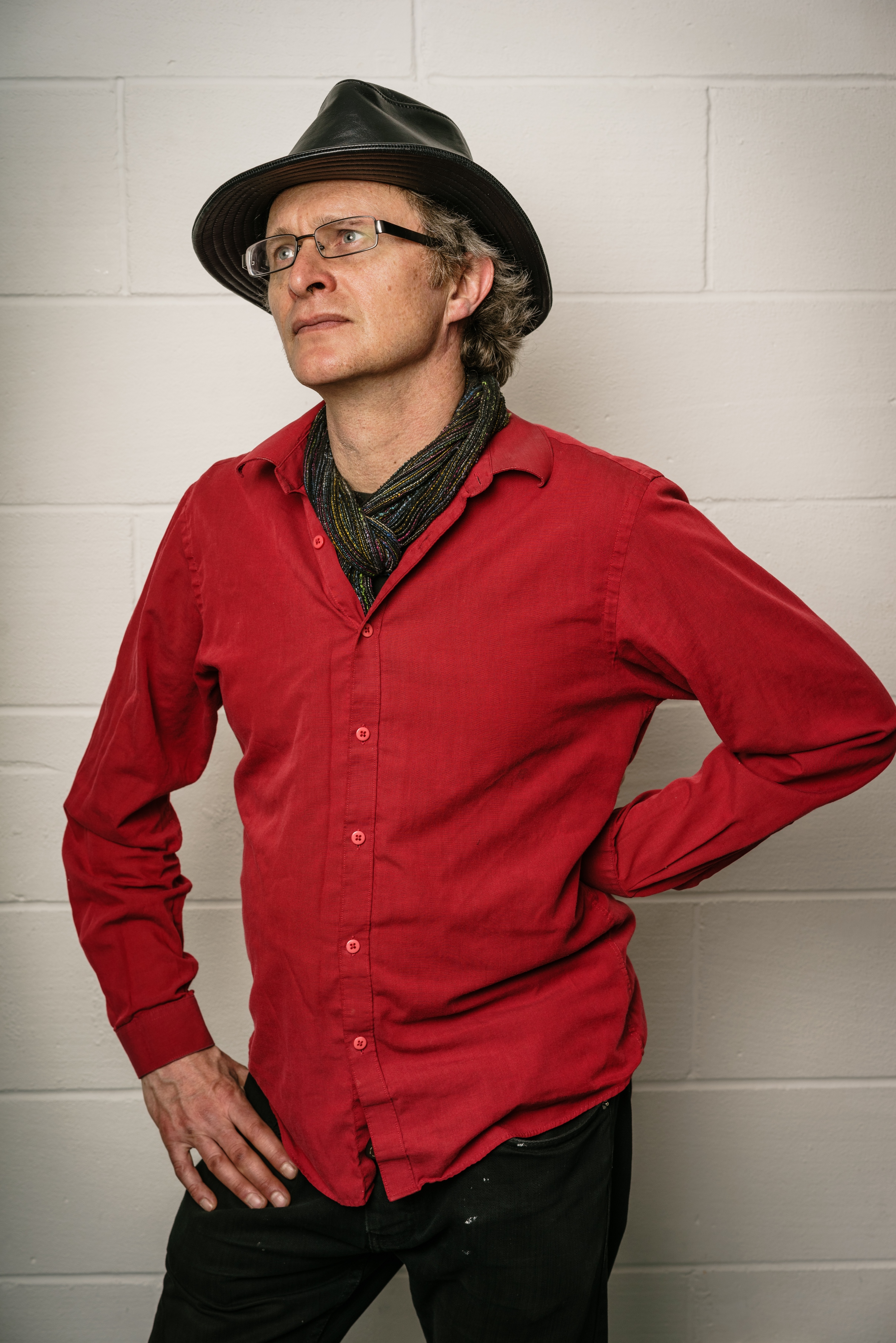 Simon Munnery is always a stand out surrealist performer at the Edinburgh Fringe and this year looks set to be no different. Munnery is performing his latest show Renegade Plumber at The Stand throughout August.

Doing a show for a month; it’s such a buzz.

It was a revue entitled ‘Jane Austen: Astronaut?’ I did two 5 minute stand-up spots and appeared in a couple of sketches.

There’s much variety; of age, gender, ethnicity, but so far, touch wood, they seem to be lovely people in the main. There are occasional exceptions; a few years ago there was a group in (at 3.30pm) who were unshutupably drunk. “We’ve been to The Whisky Society” they informed me by way of explanation.

The first time was the worst; an entire theatre company shared a tiny flat. We slept in tightly packed rows on the living room floor, and people would inevitably step on you on the way to the toilet.

Stealing the Perrier award and being run to ground like a fox.

N.o.n.c.e. No idea what it’s about – although I can guess – but I’ve promised to attend. It’s good to see a show knowing as little as possible about it, so that it may surprise you and perhaps delight.

Enough money to feed the bairns, a show I can tour, and two or three really good conversations.

My impending death perhaps? But then again, maybe in a sense they’ve all been about that.