The latest series of the ever-popular, dark anthology series Crackanory is looming. Here is quick preview of the latest set of episodes, to give you an idea of what sinister gems this new series has to offer, in time for January 30th, when the series begins on Dave.

The first episode in the series, entitled A Close Slave, is written by Tony Way. Dara O’Briain narrates the story of a playwright in ancient Rome, who is aided by his helpful slave when suffering from a particularly troublesome bout of writer’s block. Way presents viewers with an interesting blend of uneasy politics and delightful silliness, with the addition of various pieces of historical trivia on top. The drama levels are high as there is certainly a lot for our young protagonist to lose here. But as long as he writes the perfect ending, everything should go smoothly, right?

Living With A Lie, written by Nico Tatarowicz and performed by Sheridan Smith, follows the turbulent experiences of office worker Russell as he struggles to write his first novel. This story is one of lies and false impressions, with Russell’s fictional and genuinely disturbing ‘Aunt Janet’ making an unwelcome appearance across all aspects of his personal and professional life. The writing in this episode is particularly beautiful, with Tatarowicz’s use of metaphor making for poetic storytelling; the kind of writing that inspires others to write. And not only this, Steve Oram stars as Russell’s unsupportive manager Phil. This is definitely a highlight of the new series. 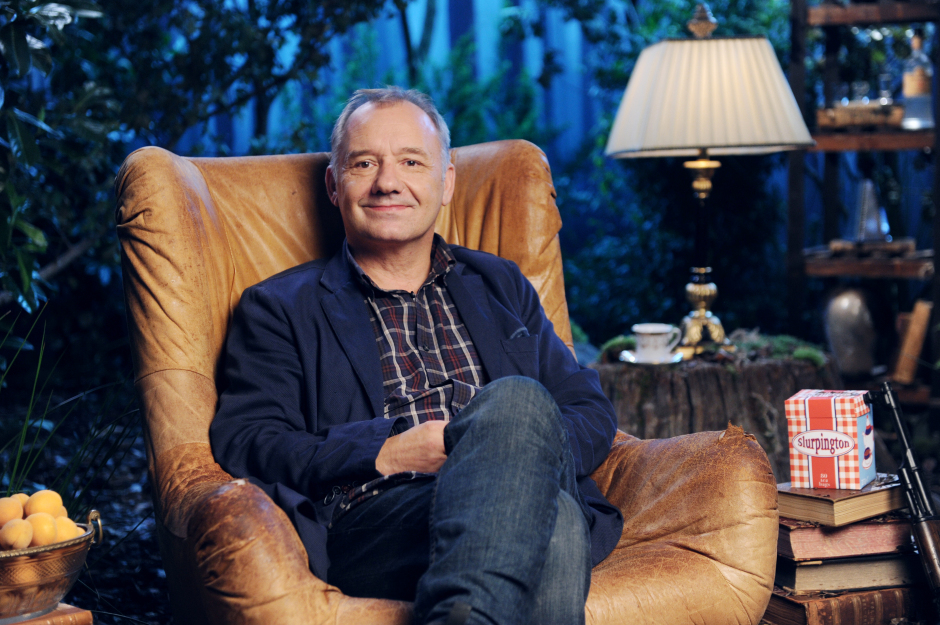 Bob Mortimer narrates the third episode in the series, Arnold Widdowson’s The Despot Of Tea, and his trademark matter-of-fact delivery shines through in this tale of Geoff, who becomes an unintentional propaganda icon when his acting career takes a surprise turn. This somewhat uneasy tale follows Geoff as he travels to a former Soviet state for of an acting job, only to find out that he has been recruited by the country’s president Alexei to get the nation’s people back on side. If this twisting thrill-ride of a story wasn’t enough for you, it’s worth watching just to hear Mortimer say Sir Slurpington-Boots.

The Frankenstein-esque The Survivor is a delightfully unsettling piece of television. Written by Alex Kirk and narrated by Anna Friel, this tale recounts the difficult discoveries made by Thomas, who awakes in a strange house in the middle of the countryside to the news that his parents have died. He is bed-bound and helpless, pined over more like a family pet than a patient. Nothing is as it seems in the warped, dystopian world Thomas finds himself in, and viewers are kept guessing right up to the very last scene.

Episode five, Proxy Lady, features Mel Giedroyc’s recognisable, playful delivery that is pleasingly blunt in parts. Mel introduces us to 27 year old Beth, a miserable hotel worker who’s life becomes infinitely more interesting when she receives an ominous email from a woman named Greta (House of Fool‘s Ellie White). There is certainly something sick and twisted about the behaviour of the characters from the offset, but an unusual development is that it appears to be Beth who is the heartless one, rather than the mysterious loner she has dealings with. 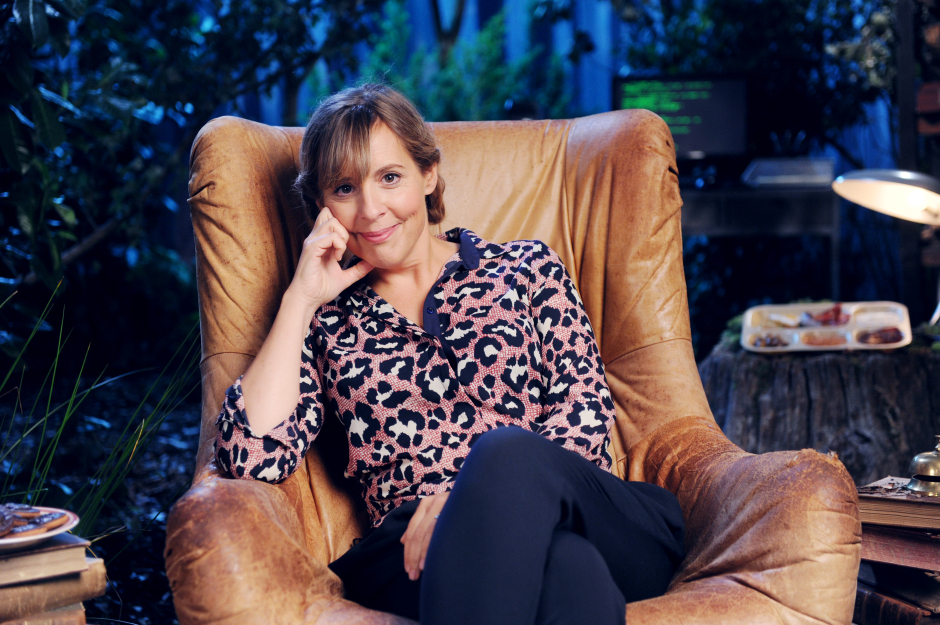 Devil’s Haircut is written by Sarah Morgan and narrated by the ‘cool kid’ of comedy Doc Brown. It is a tale of ‘four white men in waistcoats singing stolen slave songs.’ Well, that’s what the sultry and mysterious Lil (Sophia Di Martino) claims a barbershop quartet is, and our protagonist, Spencer, happens to be a part of said barbershop quartet. Seduced by Lil’s red lipstick and intense gaze, the singer finds himself implicated in a pact that he had not intended to get involved in, with the love of his life suddenly becoming a source of great fear.

The Office‘s Mackenzie Crook narrates The Disappearance, written by Toby Davies. This is a story of misdirection, one that explores the border between magic and madness, pushing it to its absolute boundaries until, inevitably, something has to break. This episode is pacy and impactful, with an air of The Prestige about it. It features Dominic Coleman as Solomon the successful magician whose love for the craft, family relations and sanity begin to crumble around him.

And finally comes the final episode in the series: Pickled, written by Kevin Eldon and narrated by Miriam Margolyes. This tale begins with a close look at Benedict, a man who goes from riches to rags as his extravagant lifestyle catches up with him. Benedict’s life is in tatters around him, entirely of his own doing. Add a haunted house to the mix and it looks likes things aren’t going to be looking up anytime soon for our poor protagonist. Margolyes’ storytelling is fantastic and dramatic here; perfect for portraying the tense relationship that develops between Benedict and the ghostly old man he meets in the abandoned house.

This latest series of Crackanory perfectly epitomises what the art of entertaining storytelling is all about. The narrators are well-chosen and each story is innovative and unpredictable; definitely worth a watch. Crackanory series 4 begins on Monday 30th January at 10pm on Dave.

Reeves and Mortimer mature like a fine wine. They somehow manage to out-do themselves with every programme they create, and building on the foundations of shows like Big Night Out and Shooting Stars, that truly is some feat. Series one of House of Fools was a comical violation of the senses, in the most enjoyable way imaginable. A fool would assume it couldn’t get any better. But it has.

This second series has shown the group really cement themselves as a unit, if a rather dysfunctional one, which gives the comedy so much more meaning and vigour, and the addition of Julie’s Bistro downstairs provides an interesting new dynamic. Rachel, Erik’s straight-talking Norwegian girlfriend, is a new character and is played by Ellie White. She fits into the group effortlessly and the possibility of Rachel just becoming a reflection of Erik’s character is successfully avoided, as she is the centre point of jokes from her very first appearance (such as her fear of non-flat things, which Bob inadvertently brings to the surface). 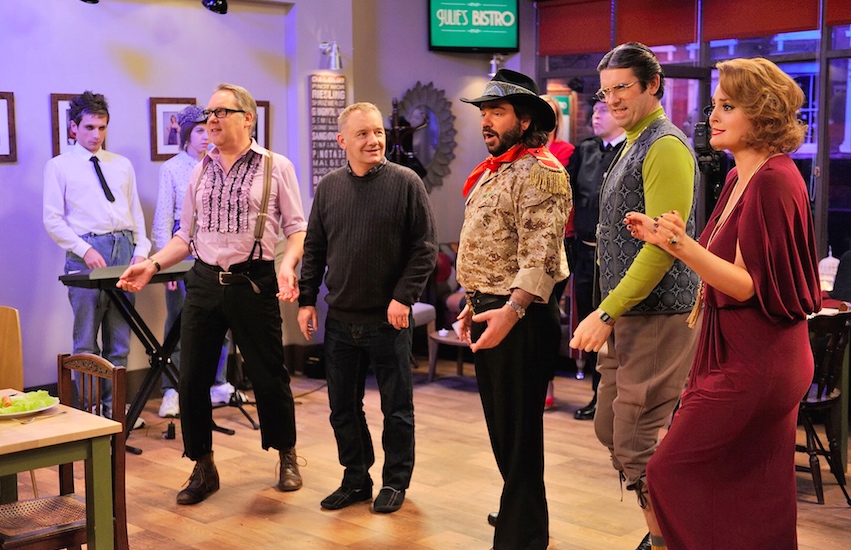 Dan Skinner continues to bring elements of his hysterically funny stand up character Angelos Epithemiou to his performance as Vic’s younger brother, Bosh, and similarly, Matt Berry approaches the character of Beef in his typical smooth-voiced and flamboyant style. These talented actors have certainly worked out who they are in terms of performance and this is expertly picked up on by Reeves and Mortimer in the character development and sharp script writing. And then we have Julie. Julie is absolutely magnificent. She is bewildering, extravagant and outrageous yet has the depth of a wholly decent character at the same time. Morgana Robinson’s performances truly are a sight to behold, with her enthusiastic slapstick and unpredictable line delivery, particularly regarding her temporarily tiny hands.

From the strange interpretations of celebrities like Bruce Forsyth and Alistair McGowan, to the arrival of The Butcher Boys, a dance trio made up of Tom Davis, Tony Way and Romesh Ranganathan, to the appearances of Sally Phillips, Simon Farnaby and Rufus Jones, amongst others, it can’t be denied that this programme is diverse. As well as the new energy in the cast, the fact House of Fools is recorded in front of a live audience adds something extra special to the performance, especially as they are seen at the beginning and end of episodes when the camera pans out. Fans of Vic and Bob do not sound like your average laughter track; they are boisterous, enthusiastic and clearly having a bloody enjoyable time. This homemade feel is enhanced by the decision not to remove the frequent corpses and mistakes made by the cast, which often highlight how preposterous the plot is and remind us that a great deal of the script is semi-improvised. 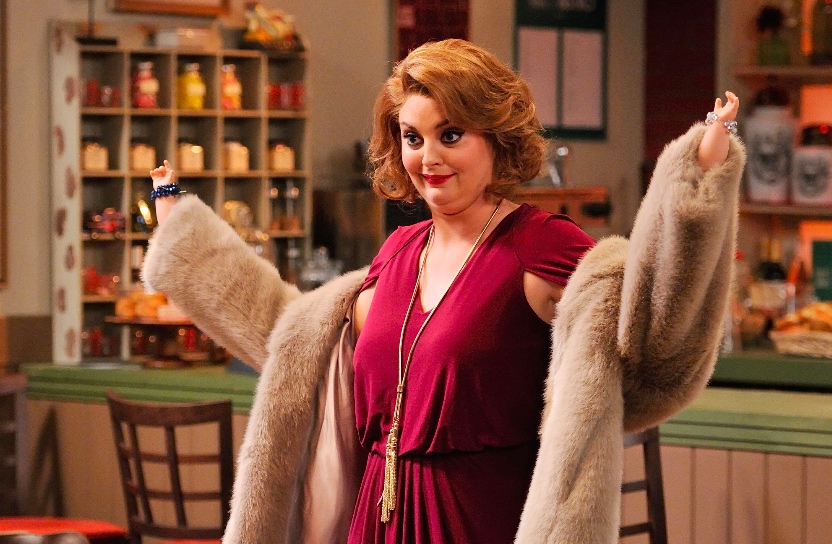 House of Fools is a microcosm of insanity and childishness. When Beef announces that his black cape is “made of the nighttime,” nobody bats an eyelid. When Vic proposes to save Bob’s underwear from a giant moth by shooting it dead, Bob dismissively sighs: “Vic, I don’t want my panties covered in shot.” It always has been and always will be an absolute joy watching these two fantastic comedy minds working together, and seeing them have so much fun in the process. Vic and Bob have unlocked a door to a phenomenally wacky and unsettlingly funny parallel universe, and I want to stay there forever.