Ross Brierley and Josh Sadler make up the comic duo Ross & Josh, who are bringing their cheeky, alternative spin on the late night chat show format, The Not So Late Show, to this year’s Edinburgh festival. Ross & Josh will be performing at the Pleasance Dome throughout August.

Being amongst it. Being in it, around it, tasting it, watching it, going mad because of it. The creativity, the excitement, the despair, the buzz, the desperation, the joy, the utter size and scope of it.

2) What is your first Edinburgh show about?

It’s a spoof late night chat show where we interview weird pop culture icons and play stupid games and show silly adverts and ideas we’ve had and try and package them into an hour of high octane nonsense. 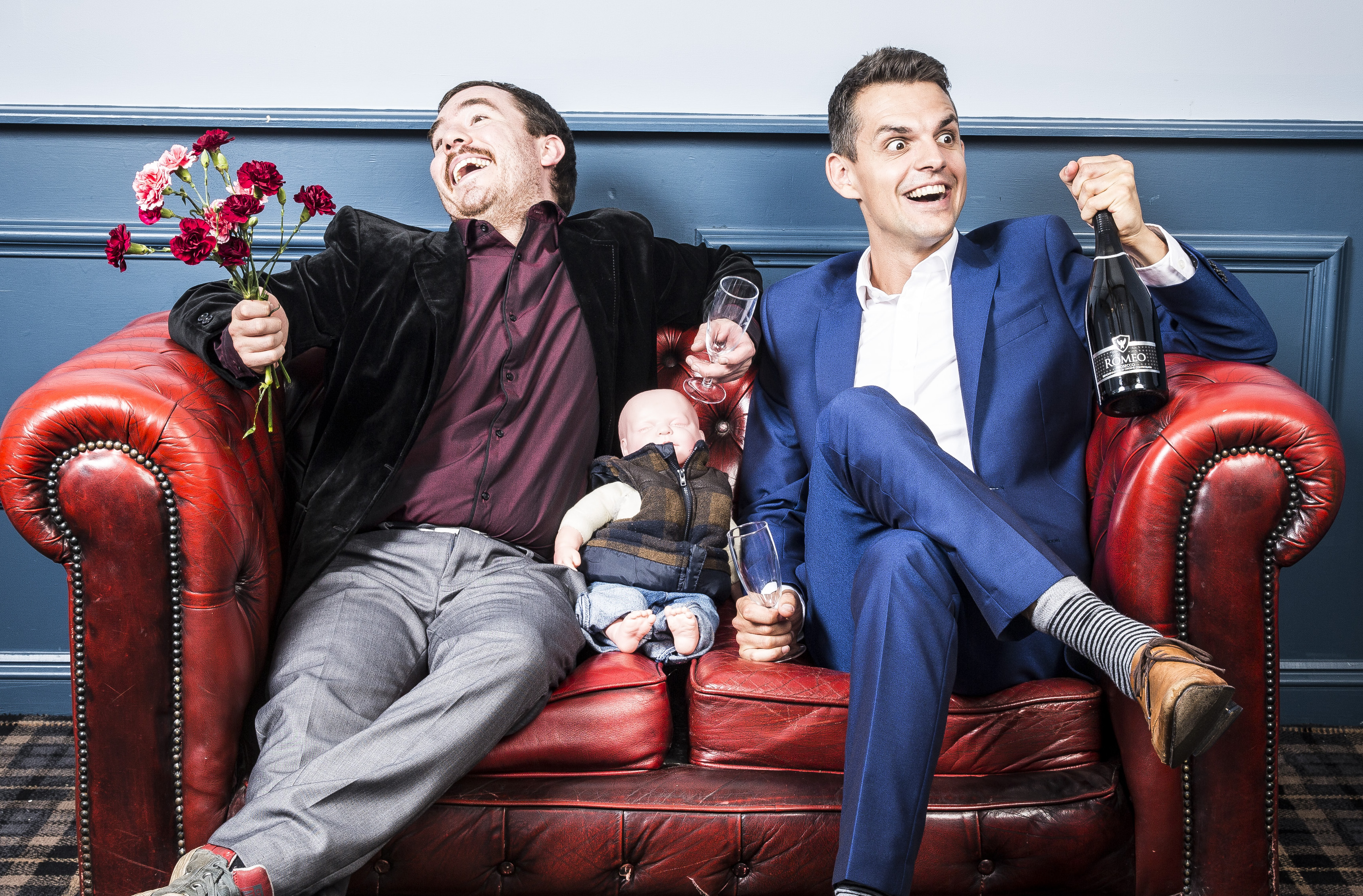 I don’t think so. I think it appeals to all age groups, though a lot of the references are from the 90’s/early 00’s. But we get all sorts of people enjoying it as long as your willing to suspend your disbelief and get behind it all.

Haven’t had one yet, so god knows what this year is going to be like. Aside from staying with some friends who were sharing 4 bedrooms between 8 of them and wondering whether I would ever be able to get the smell of everyone else out of my nostrils. But that was only for a weekend.

Live, the first time we did our hour long show at Leicester Comedy Festival and lots of people came and it was almighty fun. But the impact that our video, UK Garage Horse Racing, has had has been the highlight. People have genuinely told us it’s the sketch they’ve watched the most out of anything ever which is weird.

Joseph Morpurgo as he’s been hyped for years and I’ve never seen him. Tony Law because he’s a wonderful experience. And The Delightful Sausage because we feel like we’re in similar boats careering off course and I want to compare notes of the shipwreck.

Experience, exposure and an idea of what direction to take. We’ve been beavering away on our own terms for a while now so it’s about time we released this baby into the wild. Which is unwise for an actual baby but fine for a metaphorical one.

Depending on who does it first, it will be about one of us murdering the other one and trying to get away with it.