A murder takes place on the Isle of Man, a place where serious crime is not a frequent occurrence. But what is most surprising is that MI5 Special Operative Bruce Mindhorn is called in to help. The catch? Mindhorn is a detective from a 1980s British TV show. Richard Thorncroft (Julian Barratt) used to play Mindhorn way back in his heyday. The world has since forgotten him, except maybe one vulnerable individual, played by Russell Tovey, going by the name of the Kestrel.

The plot is ridiculous, and so are the film’s protagonists. Barratt is expressive and physical in his portrayal of Thorncroft. A man with an apparently blasé approach to danger, he blurs the line between superhero and average Joe. Richard Thorncroft is a man who used to be something but no longer is, and it’s this foolishness and ludicrous self-denial that makes his character so appealing. There is a vulnerability to him that endears us. He is simultaneously self-conscious and unashamed. 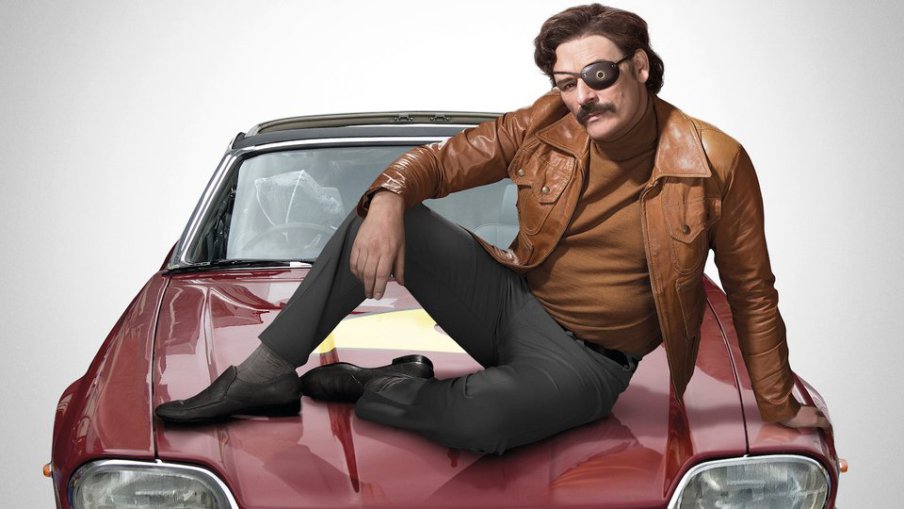 Simon Farnaby, as well as co-writing the film with Barratt, plays Thorncroft’s Dutch ex-stunt double and rival. Now in a relationship with Thorncroft’s ex-wife, it is understandable that these two don’t get on. Barratt and Farnaby feed off each other’s energy; they have always worked well together on screen.

And the addition of Tovey is a wise decision. The childlike innocence of this Mindhorn-enthusiast combined with that trademark cheeky glint in Tovey’s eye makes for some brilliant moments of contrast between himself and our protagonist. He is the only character, it seems, who takes Thorncroft/Mindhorn seriously. His ex, Patricia (Essie Davis) and former Mindhorn sidekick Peter Eastman (Steve Coogan), definitely do not appear to attribute much credibility to Thorncroft, and rightly so. The Isle of Man has moved on without him, but maybe it is finally time for Mindhorn to return to the public eye.

Mindhorn is an incredibly quotable film, and one that groups of people seem to enjoy talking about a great deal. And most importantly, it is devilishly funny. This film is packed full of idiosyncrasies and though we may feel as though we have seen enough films about celebrity has-beens in recent years (think Alpha Papa, Absolutely Fabulous: The Movie), Mindhorn is certainly not a slave to stereotype.