Summary: This episode begins with a problem: the chef at Darkplace is too slow and the chicken is late. This has made all the staff waiting in line very impatient and annoyed, which results in multiple people being incredibly rude to poor Doctor Liz, and she doesn’t appreciate that at all. Within seconds, the chef has been mysteriously attacked and nobody can work out who did it: Rick Dagless M.D- “We’ve asked everyone in the hospital if they’re the mystery attacker, and they’ve all said no”. After many many hours, and various new attacks, Thornton Reed finally works out that the attacker is Liz, and she’s developed dangerous telekinetic powers.

What Else? This episode is about “love, loyalty and sacrifice”, which is definitely, and hilariously, not really that significant to the episode, and in places where it is, it is brief and lighthearted. A hilarious aspect of this episode is the terrible camera skills, where many characters only have the top half their face on screen at some points. We see many wonderful special effects: Dean Learner: “An eagle eyed viewer might be able to see the wires… if you go to a Punch and Judy show and look at the wires, you’re a freak!”

Rick Dagless: “I ran the only way I knew how, by placing one leg in front of the other in quick succession.”

Familiar Faces: Stephen Merchant as the chef (“you son of bitch”).

Episode: S1E1, Once Upon A Beginning

Summary: Rick Dagless M.D. is reminiscing about his old friend Larry, with whom Dagless accidentally opened the gates to Hell many years ago. There is something wrong at Darkplace Hospital, Dagless can feel it. Plus, new doctor Liz Asher (“You’re a woman,” “Yes, I hope that’s not going to be a problem.”) has had a psychic vision and it becomes apparent that Larry Renwick is at the hospital once more, as a patient. And when Larry explodes, everything gets a little bit worse…

What Else? It’s hard to express how hilarious this episode is in words because the true skill is in the performance. The combination of the deliberately terrible acting and pathetically poor props (such as fake cars) makes for very funny viewing. There is frequent use of extreme gore that is not for the faint-hearted but is obviously not real, along with absolutely ridiculous plot devices, such as an exploded man being buried with his body intact and a controversial amount of sexism (yet again, not designed to be taken seriously).

Garth Marenghi’s Darkplace is a wonderfully stupid but very sinister cult comedy classic. It aired in January 2004 so celebrated it’s tenth anniversary at the start of this year. Sadly, the show only ran for one series but I want to relive the chaos of Dark Place with you. This new weekly feature will see a short analysis of an episode each week and I hope it will either help you to remember the things you loved about the show or even introduce you to something you may never have watched.

Darkplace is a medical drama based in Romford; talked through to the audience by the writer of the show’s screenplay, Garth Marenghi. It features a cast full of wonderful comedic actors, many who have also worked on The Mighty Boosh and The IT Crowd. 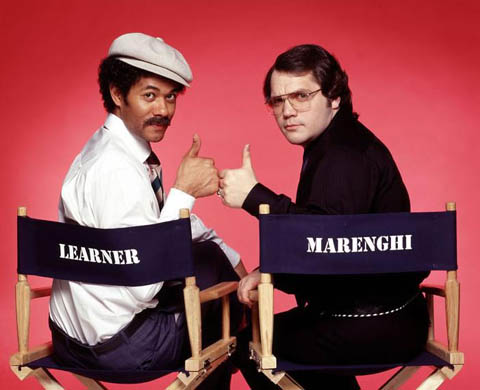 In addition to this, there are many other familiar faces that pop up, including Noel Fielding, Julian Barratt, Kim Noble, Stephen Merchant and Graham Linehan.

Many shocking and disturbing things happen in Darkplace Hospital, including a portal to Hell being opened underneath the building, a contaminated water supply resulting in people turning into apes and the arrival of Skipper the Eyechild. Is any further explanation needed? Stay tuned for a look into each episode of this brilliant show with Garth Marenghi, Revisited.