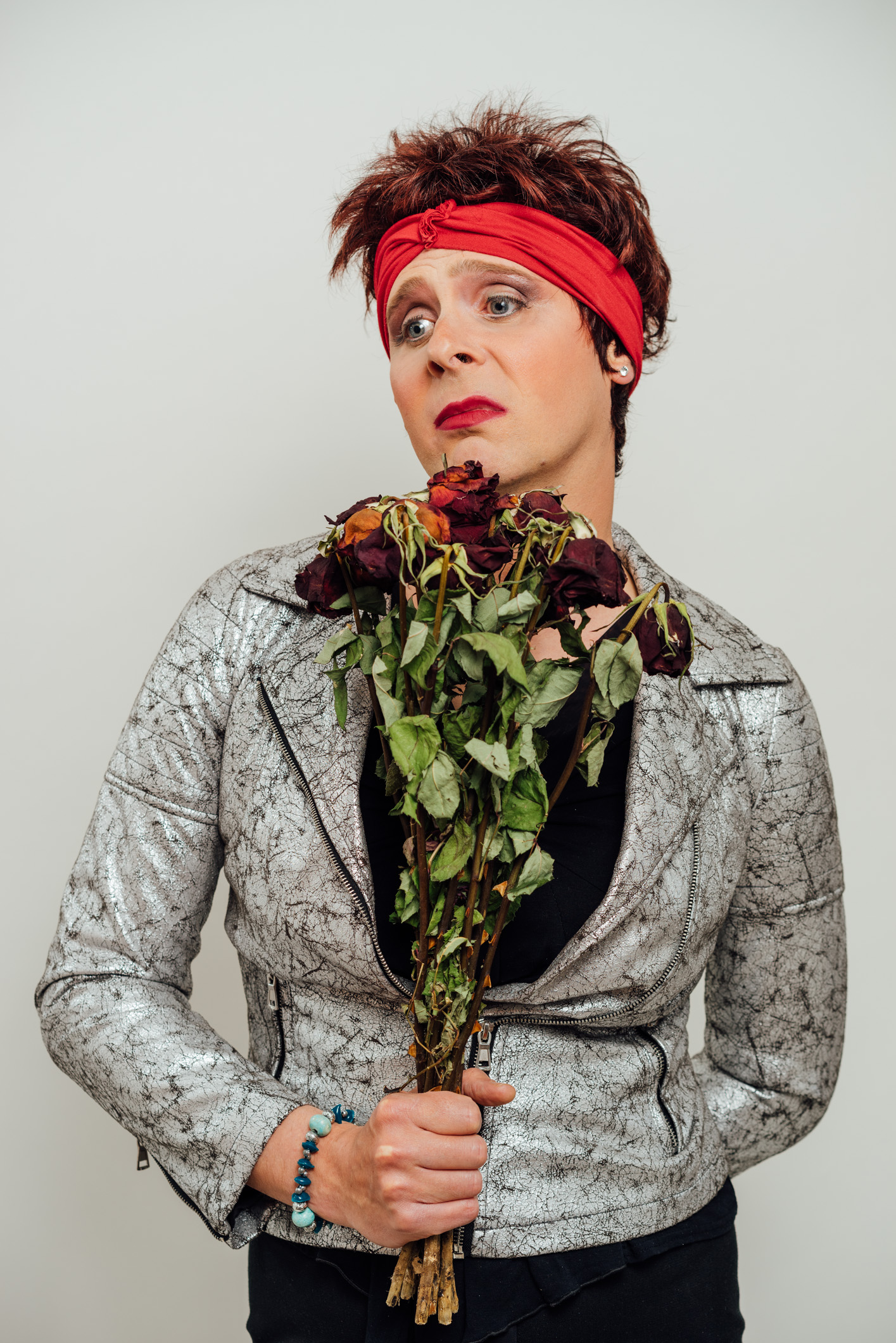 Colin Hoult is not a name that has gone unheard of in recent years. His stand up shows consistently receive fantastic praise and Hoult himself is known as an ever-changing and innovative performer. Perhaps the comedian’s most well-known onstage character is Anna Mann, a middle-aged actress grappling with deep loneliness brought about by her struggling career and subsequently, her mental health.

Hoult’s observational eye is finely tuned to detail and this is shown particularly through his sketches within his latest show Anna Mann: A Sketch Show For Depressives; a retrospective look at characters attending a therapy group that Anna Mann recently attended. From Anna’s parody of a lonely elderly woman to that of an increasingly aggressive PE teacher, the mannerisms are uncanny and the most vivid of images are conjured, implying a sharp mind.

Anna Mann plays on underlying audience sympathy by jokingly imagining and replying to responses from the room. She is audacious and often cruel, but genuinely loveable. With more than just a hint of a certain Ms Blanche Dubois, Anna Mann’s flamboyancy is entertaining yet her vulnerability endearing. Hoult is able to explore some of the heaviest of topics, such as mental illness, isolation and suicide, in an inventive way; a way that feels new, exciting and not heavy at all.

DECEMBER COMEDIAN OF THE MONTH

Due to Ricky Gervais having such a broad following, he inevitably gets a lot of unnecessary abuse from people who disapprove of his comedy but it’s obvious that this show puts him more at risk than ever. Derek (Gervais) is a man with learning difficulties who works in an old peoples home with his friend, Hannah (Kerry Godliman) who runs the establishment.

Derek has moments where it is incredibly funny, but I don’t think that was Gervais’ main aim. The messages this show leaves behind are way more important, though the laughs keep it ticking along nicely. There was no plateau in this series despite my fears because series one was so beautiful.

I was a bit upset that Karl Pilkington’s character, Dougie, left early in the first episode and didn’t come back but there was a guest appearance from Joe Wilkinson, as Kev’s brother, that kind of made up for it. Kev has been an interesting character for me because through know fault of David Earl himself, I didn’t really like the character of Kev, I didn’t think he really added anything to the show. However the last couple of episodes of series two completely turned that on its head for me as Derek taught us that everyone has good in them and everyone is worthy of your time. The arrival of sarcastic and arrogant Geoff (Colin Hoult) really showed Kev in a new light, especially the fight scene in episode six.

The whole feel of the old peoples home is wonderful, inclusive and warm. For example, in episode four, a deaf lady called Pat comes to visit the home in the hope staying there. The whole group already knew sign language and welcomed her with open arms; it made my heart melt. This is the episode where the group visit the zoo and the wonderful actress that is Holli Dempsey (Vicky) meets a man she fancies and it’s all she talks about all day. However, when something more serious pops up, Vicky drops all of her girl talk and is willing to help and I think that’s such an important lesson to teach. Kindness is scattered all over this show, even in the little joke about the man who lost his hair and it ‘grew back’ straight away, though it was clearly a wig. Everyone stuck up for him though, because that’s what good people do.

Kerry Godliman is an absolutely brilliant actress and I have thoroughly enjoyed watching her blossom in the role of Hannah. She is a beautifully stable character for the more erratic ones to bounce off and her importance shouldn’t be underestimated.

I can sum up Derek in these few lovely quotes from the show:

‘I don’t know if there is a heaven, I’m suspicious.’

Everyone should watch this show, and I think criticisms of it are lazy and unfounded, Gervais has truly created something wonderful.