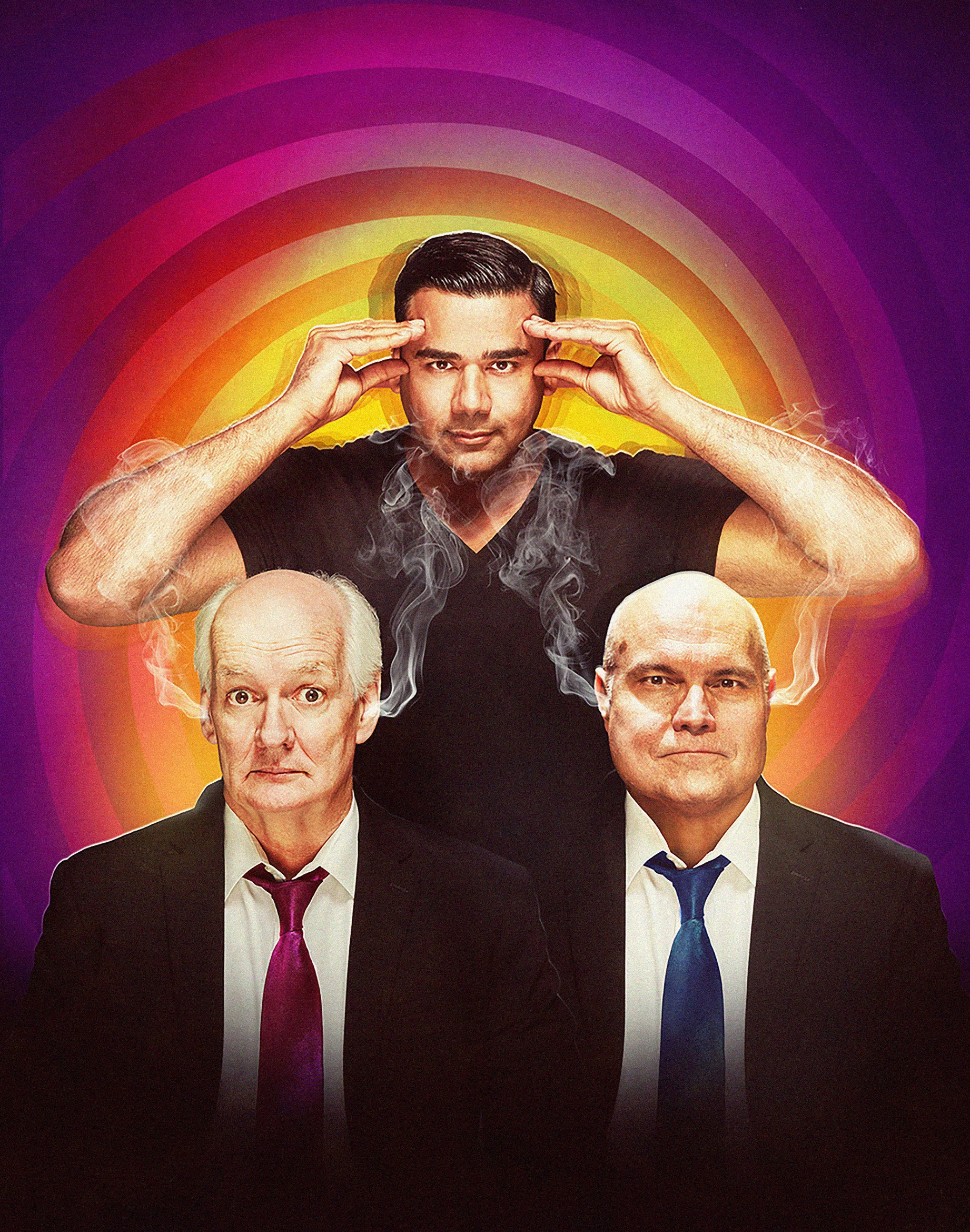 Ever wondered what a combination of hypnotisation and improvised comedy would look like? Hypnotist Asad Mecci works alongside comics Colin Mochrie and Mike McShane to put audience members under their spell for a unique night of unpredictable comedy. Hyprov will be at the Assembly George Square Theatre throughout August.

The people! You meet so many different people from all different walks of life. Last year I met Lucille Cailly who was a retired female poker pro turned stand-up comic. As well, last year, I met Mike McShane for the first time. Since I met him last he was nominated for an Emmy award. You never know who you are going to meet and click with at the Fringe.

2) What was/is your first Edinburgh show about?

Hyprov-Improvisation under hypnosis. I start the show off by hypnotizing members of the audience. Then Colin Mochrie or Mike McShane from “Whose Line is it Anyway?” improvised with the hypnotized subjects. By the end of the show the audience is in tears from laughter.

We cater a young fun demographic. They are usually “Whose Line fans”.

My experience has been great! Love the convenience of walking everywhere!

The time I left the stage with Colin Mochrie after our opening night at the second city and Colin said “well done”!
to me. I was on cloud nine for days.

I’ve heard Hasan Minhaj will be there. I will check him out. His comedy special “Home Coming King” really hits close to home. Did I mention he is absolutely hilarious!

We want to tour Hyprov around the world.

I will never retire. I want to stay in the business as long as possible. George Burns was my idol

BOOK TICKETS FOR HYPROV: IMPROV UNDER HYPNOSIS, AT THE EDINBURGH FESTIVAL