Joseph Lynn is a photographer and filmmaker, perhaps most widely known for his work on Noel Fielding’s recent tour, An Evening With Noel Fielding, where he created a behind the scenes documentary following Noel, fellow cast members Tom Meeten and Mike Fielding and the rest of the crew as they embarked on their nationwide tour. He also produced a photography series entitled All Work No Play to document the tour and is currently working on a documentary entitled Soho George.

To gain further insight into the work of a photographer and filmmaker who works with comedians, I asked Joe a few questions…

What originally attracted you to photography as a means of creative expression?

It happened slowly and without that much consciousness. I always knew I was interested in film, but photography always seemed really complicated to me; very equipment based and intricate to get a good shot I thought. When touring with Noel I was asked to start taking photos for press release and so I had to teach myself on the road. Luckily I had 40 shows in which to practice and so I got to experiment with every different angle possible. Photos can convey an atmosphere, create a mood or capture a memory. It’s a pretty powerful tool.

What aspect of your work is currently most exciting for you?

The variety of it. I’m not entirely sure what it is I do yet. I’ve only just graduated from University and I’m open to any possibility. I like that I don’t have to commit to one profession yet. I’m working on a film, a documentary, another exhibition, and general photography work. All of those things may or may not come to anything but it’s exciting to see what emerges. The project I’m working on at the moment is a short documentary about a man who has lived in Soho all his life. Hopefully that will come out before the end of the year. 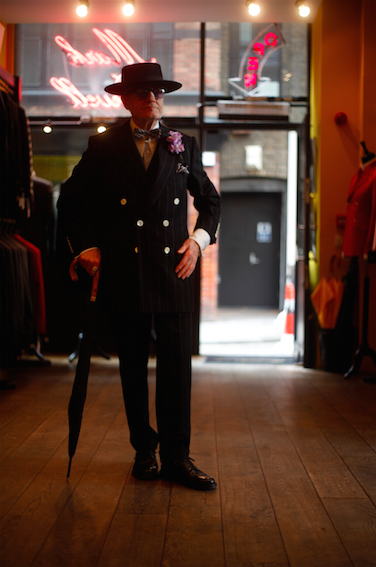 What was the most difficult aspect of your All Work No Play project?

What not to keep in. I have so many pictures spanning the last few years, so knowing what to inevitably cut or keep was difficult. Also I basically had to start a little business, printing and framing, it was a big task. Was really fun to work physically with your photos though; changes them completely.

What is your role in the production of Brakes?

I became friends with Mercedes Grower (the writer/director) when I moved to London 4 years ago. Since then I started as an assistant, then a camera operator, an editors assistant, and an associate producer. It’s such a lovely project where everyone has had to pull together to get it done.

What would make your career a success, in your own eyes?

Just being able to earn a living off something I enjoy doing. I don’t really have huge aspirations for big budget feature films or wide success. I essentially want the freedom to work with people I’m interested in, and on projects I’m excited about. If I get to do that and afford to pay my way in life I’ll be a happy man.