Every year, countless celebrities dedicate time and effort into creating original and funny material in aid of Comic Relief, and this year was no different. There has been an array of exciting new programmes over the past few weeks and I’ve picked a few of my favourites to share.

Let’s Play Darts For Comic Relief was a new and innovative way that celebrities were able to get involved within a refreshing and entertainment format. From Roisin Conaty’s shock double-20 which saw her through the preliminary round, to Bob Mortimer’s “we hate laminate” carpet chant, this competition was full of laughter. Lee Mack was eventually crowned the winner after a tense final against his good friend Tim Vine. 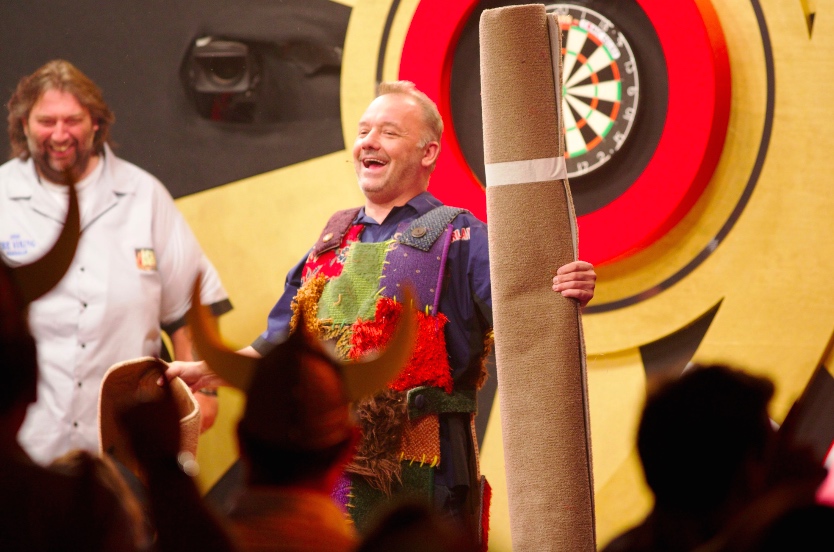 Like most people, I adore The Great British Bake Off, so was delighted to hear the charity version was to return this year. Featuring the cream of the celebrity crop including Joanna Lumley, David Mitchell, Jennifer Saunders, Jameela Jamil and Jonathan Ross, there was some average baking and some very big blunders (but that’s what we all wanted, right?).

The pinnacle of the charity entertainment for most comedy lovers would have to be Mark Watson’s 27 hour live comedy show. Watching the whole affair felt very much like a dream to me, with its countless celebrity contributors, world record attempts and crazy challenges. Tuning in every couple of hours really highlighted the vast array of people and activities the organisers incorporated into the show and it was clear to see how exhausted those who had stayed awake for the entire time. From a game of ‘Animal Verbs’ with Stuart Goldsmith to a competition with a chant off “OFF WITH THE CARDBOARD HOY HOY” which involved the likes of Horrible Histories writer Greg Jenner and Tracy-Ann Oberman, using only their mouths to pick up a cardboard box. The extravaganza also starred some of my favourite people in comedy including Tim Minchin and Sarah Millican which made for incredibly funny viewing, as well as contributing to the impressive grand total raised. 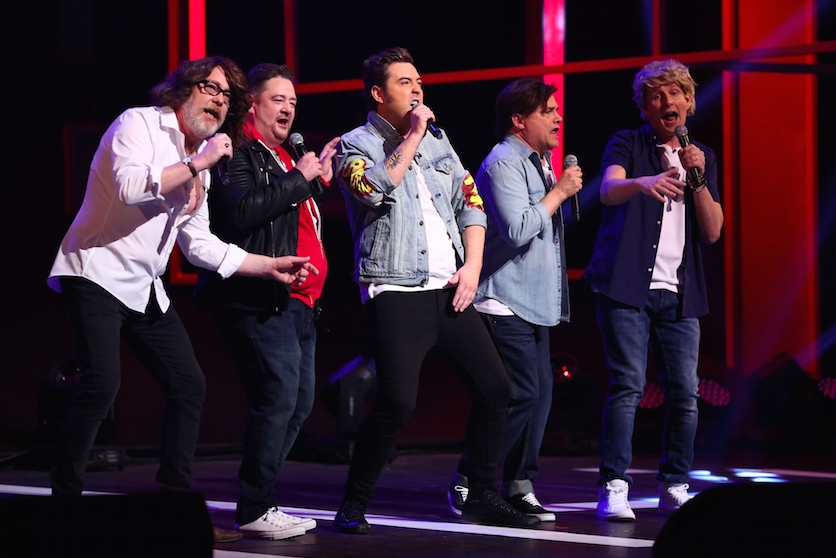 But lest us forget the biggest event of them all, Friday 13th March’s live Comic Relief show. Highlights of the evening for me would have to be the debut performance of No Direction, a One Direction tribute band made up of Vic Reeves, Johnny Vegas, Nick Helm, Jack Dee and Patrick Kielty. I don’t think I’ve ever seen Jack Dee enjoy himself so much. David Walliams appeared in a hilarious new Little Britain sketch featuring Stephen Hawking and Catherine Tate as well as Richard Ayoade popping up to interview Dawn French in The Vicar of Dibley and Rowan Atkinson brought us a brand new Mr Bean sketch.

YOU CAN STILL DONATE TO COMIC RELIEF BY TEXT OR ONLINE