Where? Pleasance Courtyard, The Attic (venue 33)

I do feel much more prepared this year than I did last year. This is my second solo show so there’s a bit more confidence you have with that naturally. I know what to expect now. I really love Edinburgh and the festival is such an exciting place to be. You really feel like you’re in the middle of something happening and for the month of August it feels like the centre of the world. It’s not, of course, and you’re completely in a bubble. But what a fun bubble.

The show is called Reluctant Millennial and it’s about me feeling like that. I’ve had a big year since last summer for various reasons and I’m keen to talk about the fact that I’m labelled a millennial because of my age but I don’t feel at all like that, and nor do I want to be associated with that. So it’s a hour of stand up about my annoyances with my own generation. But in a funny way. I’ve not become a bitter old comedian complaining about the youth just yet.

Well this is going to sound very wanky but probably being a bit more honest on stage. I think that just comes with time as a comedian – you become more honest. And honesty is really where the funniest material is. So in writing this new show I’ve really tried to say to myself – how do I really feel about this? And I think when you start being completely honest on stage, you improve vastly.

I would hope that everyone could enjoy it. I don’t alienate anyone in my stand up and I do try and make it so you could bring your dad along and you could bring your mates along and they would hopefully both enjoy it. I know that’s not a particularly cool approach to take but I like comedians who have mass appeal. I think it’s far more difficult to appeal to a lot of people than just a few, and that’s something I aspire to do.

There’s a few comedians I always see in Edinburgh – Tom Stade and Paul Foot are two off the top of my head. But the great thing about the festival is that some shows will just generate heat and I’ll go to those because that’s the real fun of the Edinburgh Festival – to see comedians in tiny venues who will one day be very famous. It’s kind of magical really.

Edinburgh is really a beautiful place. I’ve spent quite a lot of time there now, both during the festival and outside of it, and you really take it for granted. It’s stunning and I would encourage people to see the city as well as do the festival – climb Arthur’s Seat and visit Wildfire in the New Town.

I’m going to take this show on tour around the UK. We haven’t sorted out exactly when yet but it’ll be soon after Edinburgh. That’ll be my first headline tour which will be pretty cool. I’ve done an awful lot of support on tour but to be headlining a tour feels like a big step up. So we’ll do that, and then I’ll write another show for next year. And repeat until death.

GET YOUR TICKETS FOR TOM LUCY: ‘RELUCTANT MILLENNIAL’ HERE 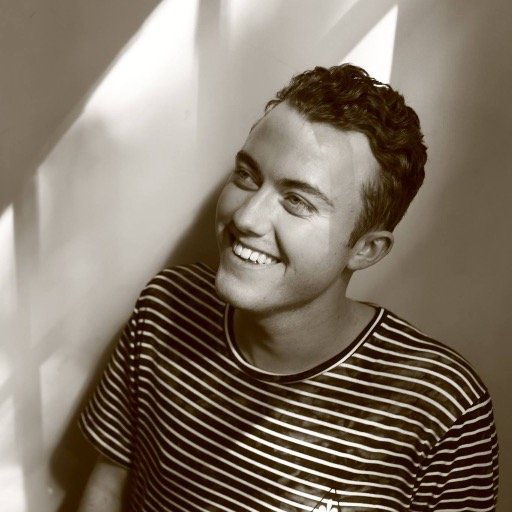 Guildford-born stand up comedian Tom Lucy is only nineteen years old and has already supported the likes of Harry Hill, Simon Amstell and Russell Howard on tour. Upon walking on stage, Lucy has expressed that the first thing on his agenda is often to address his young age: “It’s almost like having a physical disability or something; you have to mention it as soon as you get on stage, or it makes people nervous.” He’s not apologetic for being so young, though, and at no point does Tom make any attempt to spout advice to those who have lived longer than him; there is, somewhat refreshingly, no sense of self-entitlement to be seen.

It’s worth questioning, then, whether being young in the comedy industry is something that serves to benefit a performer (this draws a neat parallel with MoodyComedy, with the site first coming into existence when I was fifteen; it is very much a case of trial and error, and learning as we go along). It seems that Tom has been able to use his apparent innocence to his advantage, with his cool-headed demeanour on stage giving the impression of experience way beyond his years. Any nerves are cleverly concealed, masked by an array of quirky mannerisms that he may not even be aware that he is doing. His material is honest and relatable, often covering issues relating to puberty and relationships, though Lucy still manages to appeal to an older audience as well. Unsurprising, then, that he has recently been crowned Leicester Mercury Comedian of the Year.

MAY COMEDIAN OF THE MONTH
Tweets by @moodycomedy