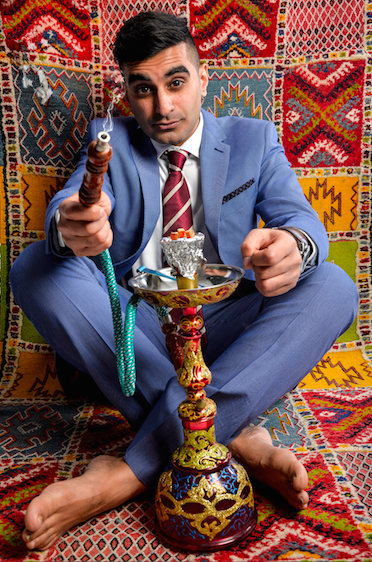 An interesting performer featured on the BBC’s recent online stand up showcase, Live From The BBC, is Tez Ilyas, a 33-year-old comedian who has been working as a stand up for around six years.

This bright-eyed comic is smart, self-assured and unperturbed. Ilyas has a cheeky chappy demeanour about him, particularly with regard to his material stemming from his religious background and Pakistani heritage. This is somewhat similar to that of Imran Yusef, with both performers having free reign over their subjects in such as way that other comedians would have difficulty accessing. This ability to break through any potential discomfort when approaching ‘taboo’ topics such as racism or terrorism and gives Tez Ilyas a subtly powerful stance in the room.

Much of his material that is available online stems from a few of this comedian’s core values, with this emotional accessibility making Tez an immediately likeable performer. The laughter often comes from a desire to be onside with Ilyas, with his approachable demeanour breaking down taboo topics into more accessible elements. Tez Ilyas brings his latest show Made in Britain to this year’s Edinburgh Festival.

APRIL COMEDIAN OF THE MONTH
Tweets by @moodycomedy