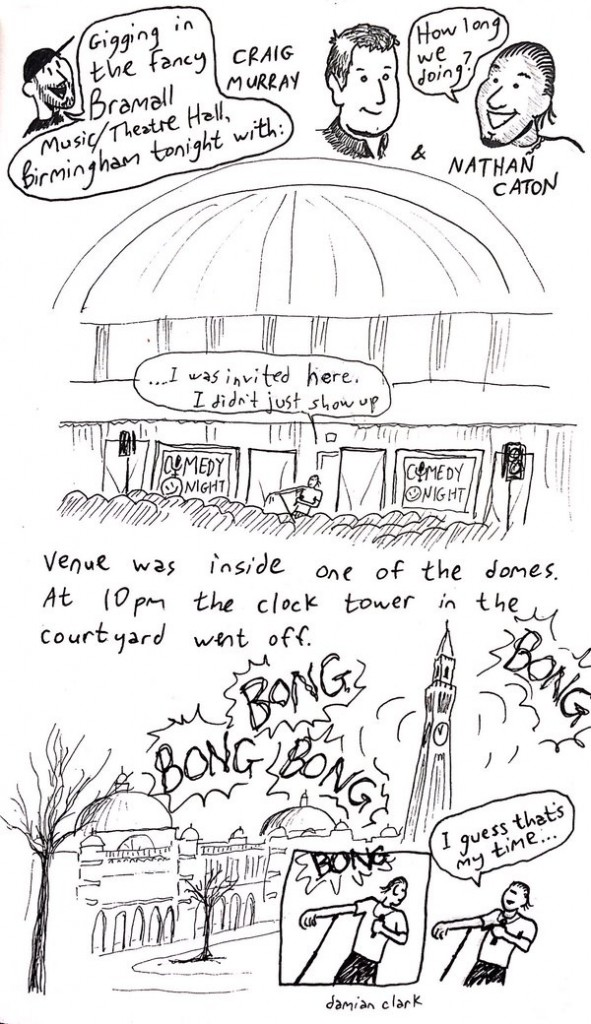 This month’s comedy night at the Bramall at the University of Birmingham sees a change of room, with a smaller audience congregating in one of the ‘domes’ on the top floor of the building, making for a more intimate comedy gig than the main hall allows. And with most of the university’s students being at home for Easter it soon becomes clear that this is, in Nathan Caton’s words, a very “non-student student gig”.

Craig Murray compères (failing, I was later informed, to mention that he is in fact the face of the Plusnet adverts). Here we have a prime example of a comedian who knows how to work a room; there was none of the anxiety that often comes with an MC’s opening skit, where they inevitably pick on a few unfortunate audience members. Murray did speak to many members of his audience but his friendly demeanour eliminated any nerves. His anecdotes are packed with energy, effortlessly finding hilarity in the mundane whilst also proving himself to be excellent at bouncing off the audience’s ideas, allowing an enjoyable atmosphere to emerge.

The first act to be introduced is Australian Damian Clark, a powerhouse of comedic frenzy. Almost childlike in his excitement at apparently everything he experiences, he is incredibly endearing as a performer. Damian was able to comment on British culture whilst being one step removed from those he talks about, having only lived in England for four years, and he doesn’t claim to understand everything about the culture, which is in itself something not often seen within stand up performers. Getting worked up about seemingly monotonous aspects of life, Clark’s material builds in its absurdity as it progresses, even becoming rather sinister towards the end of his set, which, he notes, ran over considerably, perhaps by almost fifteen minutes. Neither he nor the audience seemed to mind.

The final act on the bill, as alluded to earlier, is the markedly laid-back Nathan Caton. His perspective on numerous political and social issues is refreshingly down to earth, and he certainly does not fear stating controversial opinions, such as his sarcastic retorts about allegations against the late Michael Jackson. Not only can Nathan back up his bold claims, he also manages to squeeze every last laugh out of them, and one can’t help but wonder if he is saying what the majority of us are thinking anyway. Nathan Caton is touring the UK with his latest solo hour this year; purchase your tickets here.

Last Thursday I visited Bramall Hall at the University of Birmingham for the third instalment of their fantastic comedy night. It was great to see a very busy venue this time, as opposed to the relatively small numbers I had seen in previous months, perhaps due to the fact the names on the bill seem to get bigger each month.

Ivo Graham was the night’s compere and showed an impressive ability to build a set around the answers of the few people he questioned, whilst remaining open to the audience as a whole. Only a small portion of what was said was obviously material and Graham seemed to derive most of his laughs from impulsive remarks as his energy bounced of the audience. With a love for Mario Kart, Ivo Graham is a wonderfully endearing loser (like the majority of us deep down) and was able to laugh at himself without it seeming constructed or forced.

First up was Holly Walsh, who I’ve watched for years on numerous television shows, particularly panel shows like Never Mind The Buzzcocks and Mock The Week, but more recently on Alan Davies: As Yet Untitled. Holly brings a lovely enthusiasm to a room and has such a delightfully positive vibe about her, and as she pointed out, she sounds ridiculously sweet when she swears, so it doesn’t have the desired effect. Introducing herself as “Holly. Or if my parents are telling me off, Holiver,” it was great to finally see this funny woman in person. 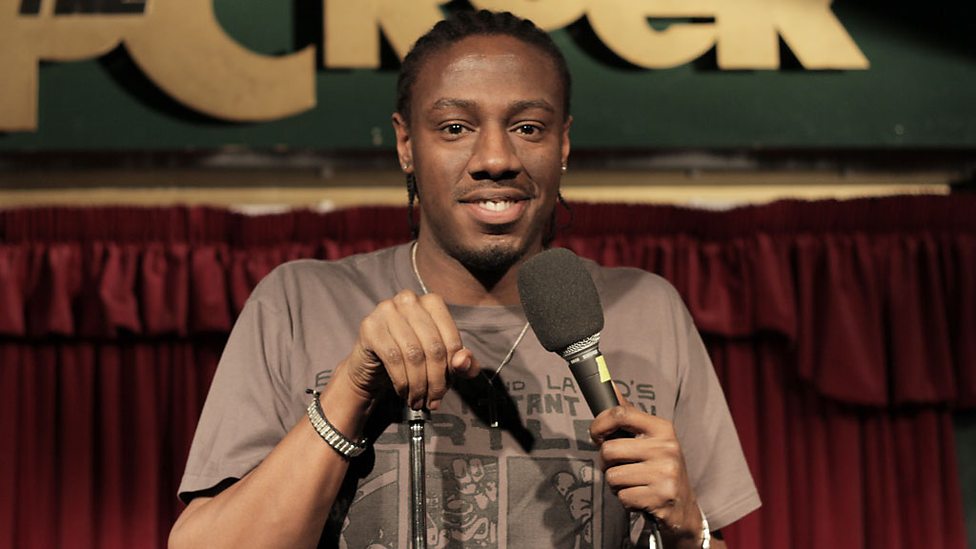 Nathan Caton was a name and face that I knew, but I hadn’t seen that much of his stand up as I’d only ever seen him on shows like Mock The Week and Good News. Caton’s personality on stage is brilliant; he is cool and relaxed, with material spanning family, politics and race, amongst others. His impressions of his grandmother got the audience laughing the most, and were my favourite part of the night, as well as his newfound fear of white women in dark alleyways.

This comedy night just keeps getting better and better, and I truly can’t wait for next month (check the line up to see why).