Stand up comic and Impractical Joker Joel Dommett is returning to the Edinburgh Festival this year with a new hour of comedy in his show Conquer. Having appeared on Sweat The Small Stuff and Russell Howard’s Good News in recent times as well as working as a presenter for MTV and team captain on Reality Bites, Joel is now an instantly recognisable face on the entertainment circuit.

I asked Joel these seven questions to learn more…

1) Who would make you most nervous if they were in your audience at a gig?

Good comedians in my audience frighten me. Last year at Altitude comedy festival in the Alps I did a gala gig and on the balcony watching with kind judging eyes were Tommy Tiernan, Al Murray, John Bishop, Daniel Sloss and lots of other sweet laughter creators. I was petrified until the moment I heard Al’s excellently distinguishable chuckle, then I relaxed into it and did utterly above average.

2) Are you easily embarrassed?

I used to be but comedy tends to squeeze your shame into a tiny corner of your brain and you only get it out on very rare occasions. 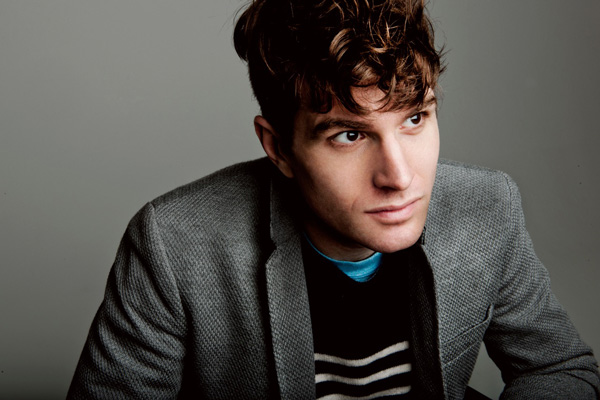 3) Is there a celebrity that you like, yet everyone else seems to hate?

Loads. I like people, films and music that everyone hates. One Direction covers all those bases.

4) What is your favourite type of weather?

Probably sunny times. Unless I happen to be in a paddling pool on top of a hill, in that case it’s thunder and lightening. Exhilarating.

5) Did you enjoy school?

Yes. For the most part. Once a guy threatened me and said that tomorrow he was going to fight me. I went home, made a 24 minute video of me doing nunchucks in my garden, put it on VHS then sent it through his letter box. On the front in black marker pen it said “this is what I’m capable of”. It didn’t work.

6) Which sitcom (old or new) would you most like to star in?

7) What would you never recommend?

Spending hours making a video of you doing a dance based weapon martial art in your garden and sending it to a bully. The bullying will only increase.