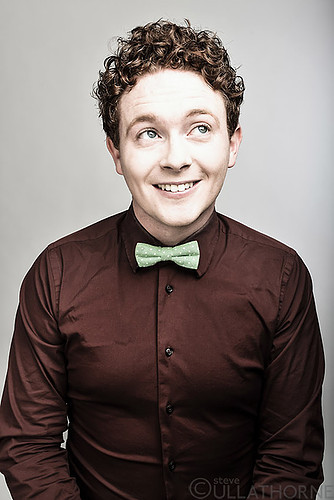 Is Birmingham Glee Club the best comedy club in the country? Quite possibly. The latest ‘Best In Live Stand-up Comedy’ show at the Glee is a showcase of four acts as well as compère Andre Vincent.

Stephen Bailey has a rare charm about him. A young face paired with an air of experience makes for a very enticing performer. He speaks with a quiet confidence that suggests this man is a born performer; showing an aptitude for conversing with an audience as a collective. There is an undeniable hint of showbiz behind Stephen’s demeanour but also an endearing realism. With a twinkle in his eye and a manner that suggests both innocence and filth, this comedian seems to demonstrate experience beyond his years. And, having recently supported Katherine Ryan on her UK tour, that comes as no surprise.

Harry Stachini only began his comedy career in 2013 and has evidently been doing his homework. With admirable competence in front of a rowdy crowd and an obvious appreciation of joke and narrative formation, Stachini was indistinguishable from the other acts on the bill in terms of quality of material and stage presence. Next up comes Gareth Richards with an interesting blend of odd mannerisms and relatable observational material. With a silly and playful tone, an audience feels instantly obliged to humour him, although he is well aware that some of his crafted punchlines are cheesy and the addition of a musical interlude helped to maintain this illusion of a somewhat variety act. Richards throws in frequent narrative curve balls whilst playing up to a ‘loser’-status that ensures his audience is on board from the very first, “Everyone say hello to Gareth”.

And finally Andrew Bird; self-depreciating and confessional, Andrew appears to be the voice of reality, accepting and embracing the turmoils of relationships, fatherhood and technology. His qualms about society are both easy and enjoyable to follow. Bird gets caught up on many of modern life’s minor irritations, picking up ideas and running with them with impressive energy.