Airing in June of this year, series 2 of Doll & Em has been a relatively long time coming, but it was worth the wait. The premise is simple enough: Dolly and Emily are best friends and have been since they were children. Both women are British, but Emily has since become a considerably successful Hollywood actress, as well as marrying an American and having two children. Dolly, on the other hand, currently has less going on in her life. The beginning of the first series saw her break up with her long-term boyfriend and move to LA to become Em’s personal assistant. Since then, Dolly has proven that she is not personal assistant material and now works with Emily, rather than for her: the pair are writing a play which is inspired by their long-lasting friendship. 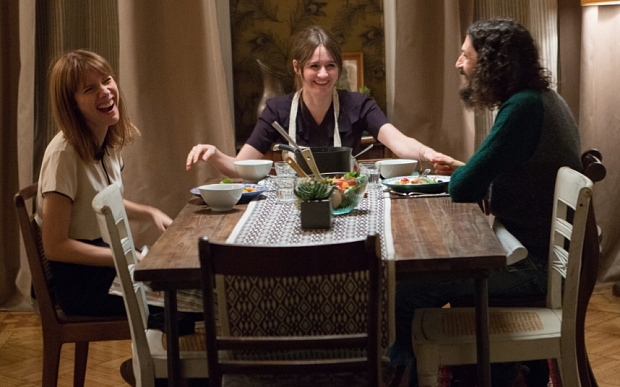 An interesting aspect of Doll & Em is that it feels as though the writers (Mortimer, Wells and Azazel Jacobs) feel no particular need or desire to have their audience fall in love with the core characters. It seems that all viewers, women in particular, can identify elements of their own personalities, their friends, their sisters, their mothers, reflected in Dolly and Emily.

There is a great deal of skill present in the writing that has enabled Wells and Mortimer to tackle serious topics like marriage problems, friendship issues and creative disagreements whilst maintaining a definite bright and airy feel to the whole production, perhaps presenting a more natural representation of how people deal with struggles in their lives whilst getting on with whatever also needs to be done. Here we have a British sitcom that is entirely binge-watchable. It isn’t a psychological drain to watch too many episodes in one sitting,  unlike many other cringe-style comedy shows such as The Office, Peep Show or Lead Balloon, making Doll & Em feel almost of its own genre altogether.

Doll & Em is a comedy about what is important, to the writers yes, but also to people in general. It considers what it is that makes us continue to invest our energy into certain things, whether that be friendship, family or a creative process like the crafting of Doll and Em’s play. It shows life as a string of incidents, of positive and negative experiences that make up who we are. The laughs are not riotous, but they are certainly there. They are not forced, manufactured or pitiful; they are honest. This is a comedy that truly warms the heart.

SERIES TWO OF DOLL & EM IS AVAILABLE ON SKY.