Sleeping Trees (James Dunnell-Smith, John Woodburn and Joshua George Smith) are returning to the Edinburgh Festival with their three previous movie shows, Mafia?, Western? and Sci-Fi?. Directed by Tom Parry of Pappy’s fame, this high-energy group will be performing at the Pleasance Dome throughout August.

Our first Edinburgh show came up in 2009. It was our take on Enid Blyton’s Magic Faraway Tree. Except it was nothing like it at all. We hadn’t bothered to research the plot and messed about with whatever we did know. We were in the Hive (before it was cool) at about 2pm and every time we turned up to do the show they would still be hosing down the sick from the night before. We were so new to the game we didn’t even know to ask for donations after. Learnt a lot that year. 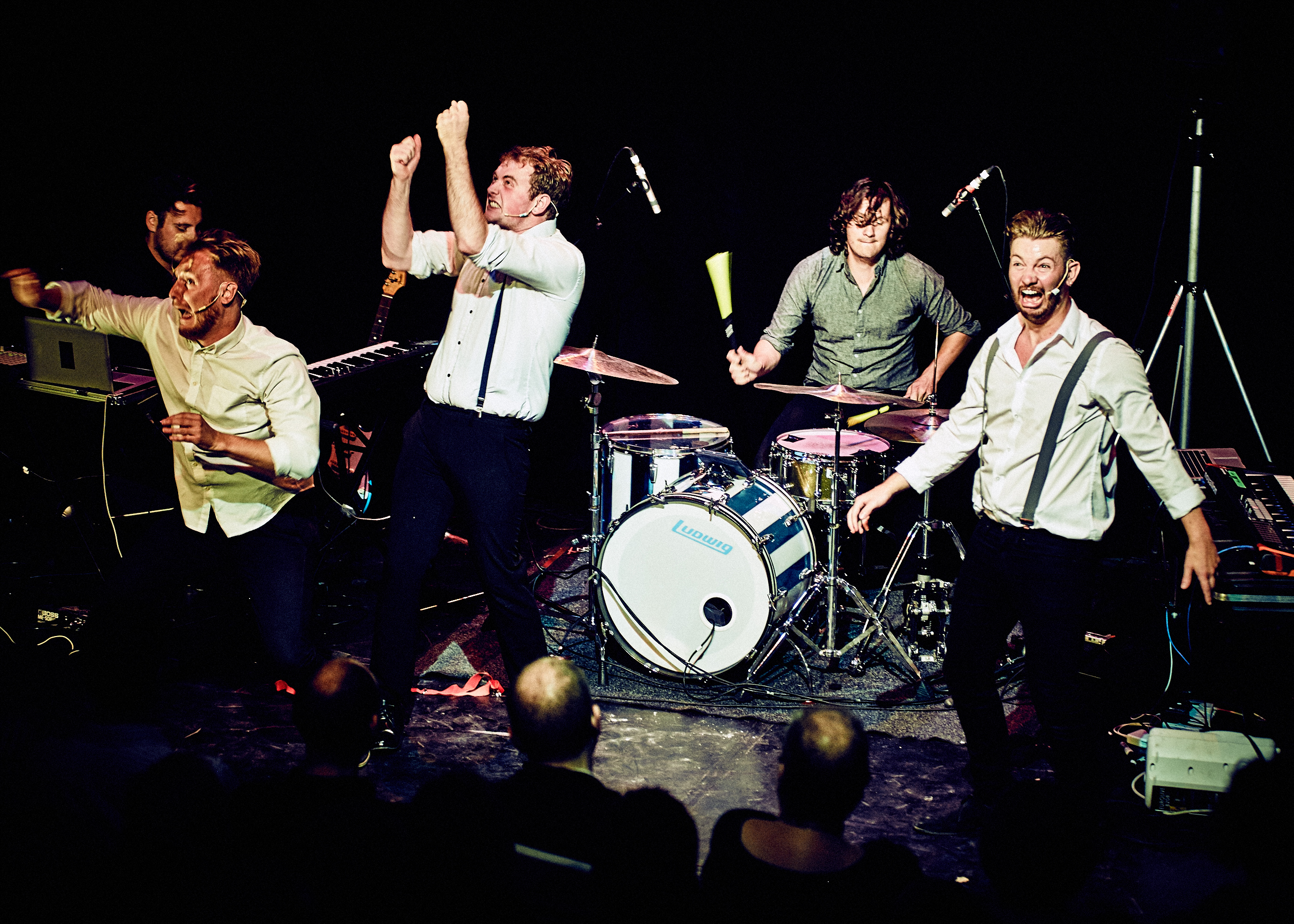 We have been described before as alternative comedy with a broad appeal, which we like, we wouldn’t want to alienate any of our audience members to thinking it’s “not for them”.

One year the owner of the flat neglected to tell us that an Australian elf (his words) would be staying in the flat for a week. We were already cramped for space. However we ended up really bonding with him and were gutted to see him go.

The first year we went to Edinburgh we saw Suitcase Royale perform in the Pleasance Two and we loved it. It then became something of an aspiration to perform there. Four years later we did, and the first time we sold it out was unbelievable. Will always remember that feeling.

There is so much amazing stuff to see this year. Hoping to catch Gein’s Family Giftshop, Jordan Brookes and David McIver. But I will definitely be catching Joz Norris as I met my girlfriend at his show two years ago so we go every time, and because he’s brilliant.

We are just hoping to give any one who missed these shows when they previously played the Fringe another chance to catch them or anyone who wants to watch them again. We aren’t eligible for any awards or anything this year which is nice. We can just enjoy a year in which we are just performing for the people.

We always say we want each show to feel a bit grander than the last, so if we can keep coming up with stuff we will have to end of some kind of Evel Knievel jumping over a school bus type affair. It had better be funny.