Bridget Christie is currently touring her latest show A Book For Her across the UK in conjunction with her debut novel of the same name. The catalyst for this show is the relatively recent launch of a BIC pen specifically designed for women, named A Bic For Her, which Christie based her 2013 show around. Unfortunately for society, though perhaps fortunately for fans of the wrath of Bridget Christie, not a lot has changed in more recent years. 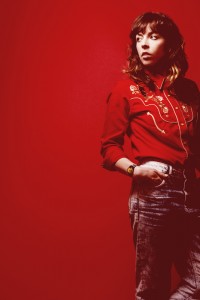 Gender inequality is still clearly a distressingly vast problem despite recent minor victories such as the abolishment of the tampon tax. But the problem is slowly moving and as a result; so is Christie’s comedy. Feminist issues still hold an integral part of this latest show but it feels as though there is a branching out of comedic focus. Christie’s latest hour feels more personal than her previous two shows, with a stronger autobiographical element to match the tone of her book, with the comedian often reading directly from her own copy on stage.

Christie’s absurdist roots still form the basis of her comedic insight and you don’t have to look too closely to observe them. In fact, these surrealist, almost-slapstick routines are all the more pleasing within this new show as they aid the breaking down of the heavier, political material. Recounting her 2010 show A Ant allows the comic to revisit her surreal character-comedy foundations, much to my delight, though she frequently has to express, “I’ve not gone mad,” to a quiet but appreciative audience. Beginning her show so unassumingly, with such quiet self-assuredness, it is quite remarkable to reflect on the development of Christie’s material over the hour.

Bridget skilfully builds layers of irony, to extents where the thought of audience members misunderstanding the message concerns her so much that she needs to check all in the room are on board. Although dampening the effect of her sarcasm to some extent, a great deal of self-awareness is shown as a result. Perhaps there is a need to cover her own back, as an outspoken political comic, and this quality is endearing, as much as it is disheartening that there are people who may misinterpret. Christie also has a talent for manipulating timing, cleverly sneaking a great deal of important statistics into her routines and allowing their inclusion to become increasingly prominent as the material progresses. 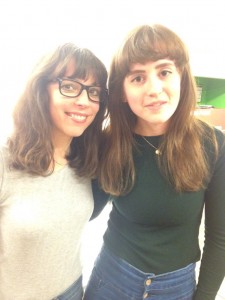 Let us not forget that Bridget Christie is an ever-developing performer, appearing to change the focus of her comedy to fit the time of writing, and this is a hugely admirable trait in an act, reducing the possibility of any stagnancy. Yes, feminism is a greatly talked-about topic, and it can get boring to have to keep covering old ground as the issues refuse to be resolved, but it is to Christie’s credit that this is not her first show with the issue of inequality at its core, and we are yet to get bored. Bridget Christie is a re-inventor, an innovator and voice of absolute sanity. And she and I would like to have it noted that we both look quite like Oliver Cromwell.

Did you know that within the past five years BIC have launched a pen specifically designed for women? Available in a series of pretty pastel shades and shaped in such a way that ladies should find such an implement easier to hold? If that makes you feel even the tiniest bit outraged, or even just confused, Bridget Christie is here to multiply that by a thousand and use it as a tool to discuss important feminist issues that affect far too many of us everyday.

Christie’s stand up translates very easily to prose. Anyone who has seen the force that is Bridget Christie live will undoubtedly hear that distinct Gloucestershire accent as she gleefully regales anecdotes about her past experiences as a comedian and human woman. In employing her trademark, and entirely necessary, comedic hyperbole Christie is able to communicate the feelings countless people have towards serious social issues such as FGM, arranged marriage and domestic abuse, whilst remaining silly, sarcastic and entertaining to read as well as watch perform. Although the author may be quick to undermine her own hard work in sarcastically explaining that her book is comedic, not a revolutionary piece of feminist literature, I am inclined to disagree to a certain extent. A Book For Her certainly raises points of argument that have not been articulated before, or not within the comedy genre at least. 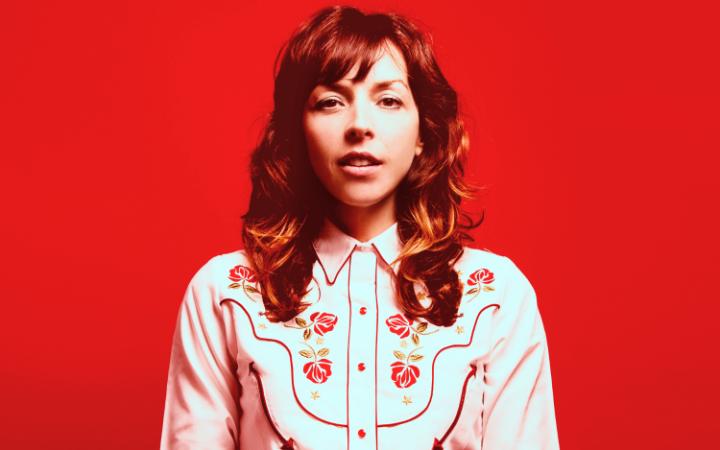 Bridget points out that many of those criticising feminism have made a mistake in assuming that this is an issue for women to solve rather than men. The heart of the matter is that feminism is needed because of the way men, regardless of how many men we are talking about here, have behaved and do still behave. However, an important issue that needs to be recognised by women in particular is that sexist attitudes and behaviours do often come from women and are directed towards women. A Book For Her is concerned with feminism that is accessible; we don’t have time for a hierarchy. Christie recognises that solving the issue therefore needs to start closer to home, stating: “In the words of Wollstonecraft, “In order for equality to take place, society must change its thinking.” Half of that society is us.”

“Not all men are oppressors and not all women are saviours. Society is made up of individuals. Some of us are shit and think shit things, and some of us are all right.”

All manner of topics are covered in this book, with autobiographical elements including joyful recounts of the Gloucestershire cheese roll and memories of being the youngest child of nine, born to strictly Catholic parents. Christie also details previous stand up shows she has taken to the Edinburgh Festival, beginning with her entry into feminist comedy, the 2010 show A Ant, and later covering the shows that have brought her most critical acclaim, the 2013 show A Bic For Her and 2014’s An Ungrateful Woman. The rationale behind Christie’s creative decisions with previous shows is explained at great length, which makes A Book For Her all the more worth reading if you happen to be a cynic of her ability or comedic range.

Although Bridget Christie speaks fundamentally as a comedian, that is after all her job and she makes it abundantly clear that that is what she got paid to write a book for, the outer layers are eventually shed and readers get a remarkable insight into the workings of a great comedy mind within the realms of normal day activities. She may be unaware of it, but the way Christie writes so effortlessly encapsulates Caitlin Moran’s quote on the front cover: “Bridget is a cool glass of sane in a world of unbearable woo-hoo.” This book isn’t really just for women. It is primarily a book for fans of decent comedy. The laughs come more frequently than the punching social commentary, but there are enough of both to satisfy a wide range of readers.

“I’d like young women to feel empowered and liberated as a result of their own decisions, actions and achievements… If the woman’s power derives from something that doesn’t involve men in any way, then she has real power.”