Cariad Lloyd is a regular face on television these days. She  has become a frequent guest on QI during the past few years as well as starring in the likes of Peep Show, Murder in Successville, Crackanory and Crims.

But this comic and writer has many strings to her bow. With an aptitude for improvisation, Cariad is animated and engaging, able to endear herself to audiences with ease. She is a member of the highly acclaimed Jane Austen-inspired improvised sketch group Austentatious: The Improvised Novel (fellow cast member Jospeh Morpurgo has been MoodyComedy’s Comedian of the Month in the past). 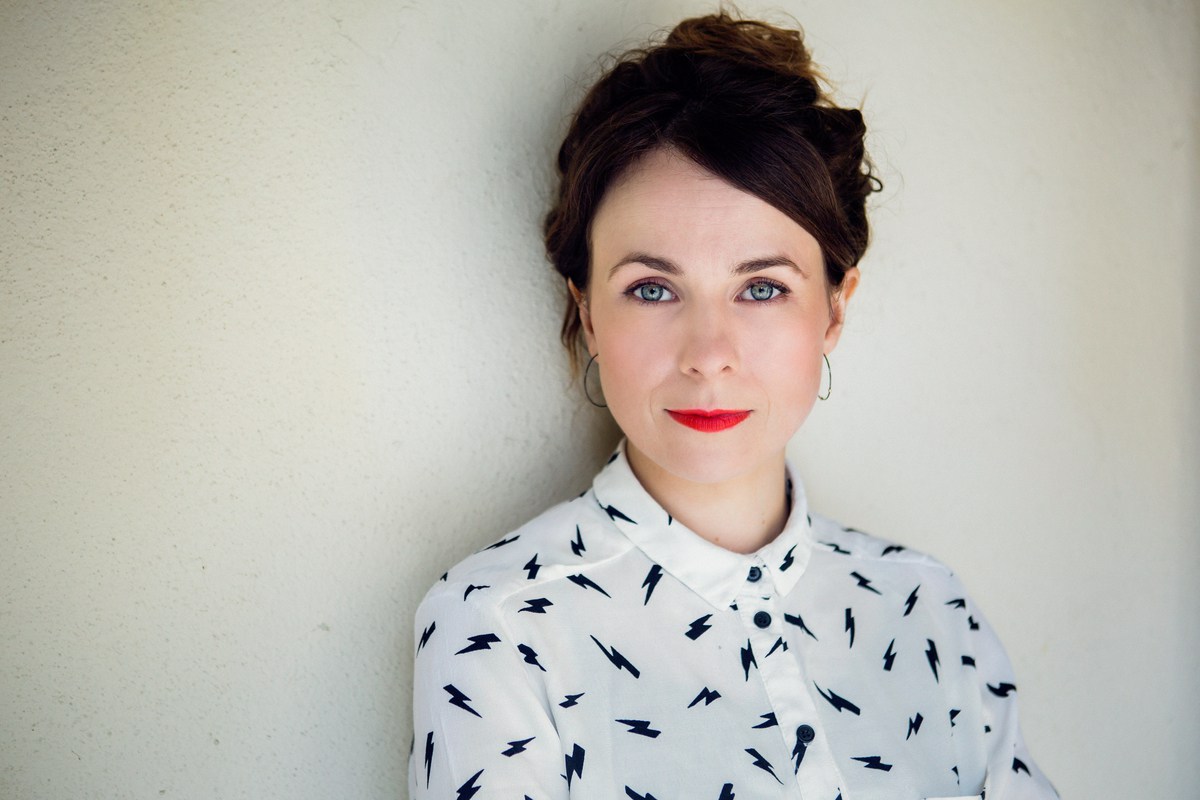 The area of Cariad’s work that I have most recently enjoyed, however, is her relatively new podcast: The Grief Cast. As you might guess from the title, it is a series about dealing with losing a loved one. Cariad, who has personally suffered from such a loss, invites comedians and writers to talk within a lighthearted yet honest and sometimes quite frank discussion about their experiences.

Lloyd is empathetic and clearly very emotionally mature, and she supports her fellow comics as they share stories from the most painful parts of their lives. Though, at the same time, The Grief Cast is factual and both interviewer and interviewees don’t muck around when it comes to being blunt yet fair regarding the realities of death and grief. Cariad as a story elicitor is honest but never judgemental. This podcast is quite honestly a pleasure to listen to. You can listen to it here.