Dan Finnerty is an American comic and musician, who is also the face of THE DAN BAND. Touring internationally, Finnerty is a face and voice you may recognise from The Hangover and Old School. The band have released two comedy albums and are currently working on a third. They will be performing at The Garage in London this evening and there is still time to buy a ticket.

I asked Dan these seven questions to find out more…

1) What makes an audience memorable for you?

HAVING an audience is always a good start. We did a random show last year for a promoter who we later found out was tripping on acid for a month straight or something and he forgot to “promote” the show. So somewhere in the middle of Kentucky, we performed to about 11 people. But it actually ended up being one of our favorite shows ever, because I guess at that point the bar was so low for all of us – audience included – that it was only uphill from there.

2) What is the key to comedic creativity?

A gentle mix of instincts, listening and vodka.

3) Are you a good judge of character?

I can tell if someone is a good person or not by how much they laugh during my show. 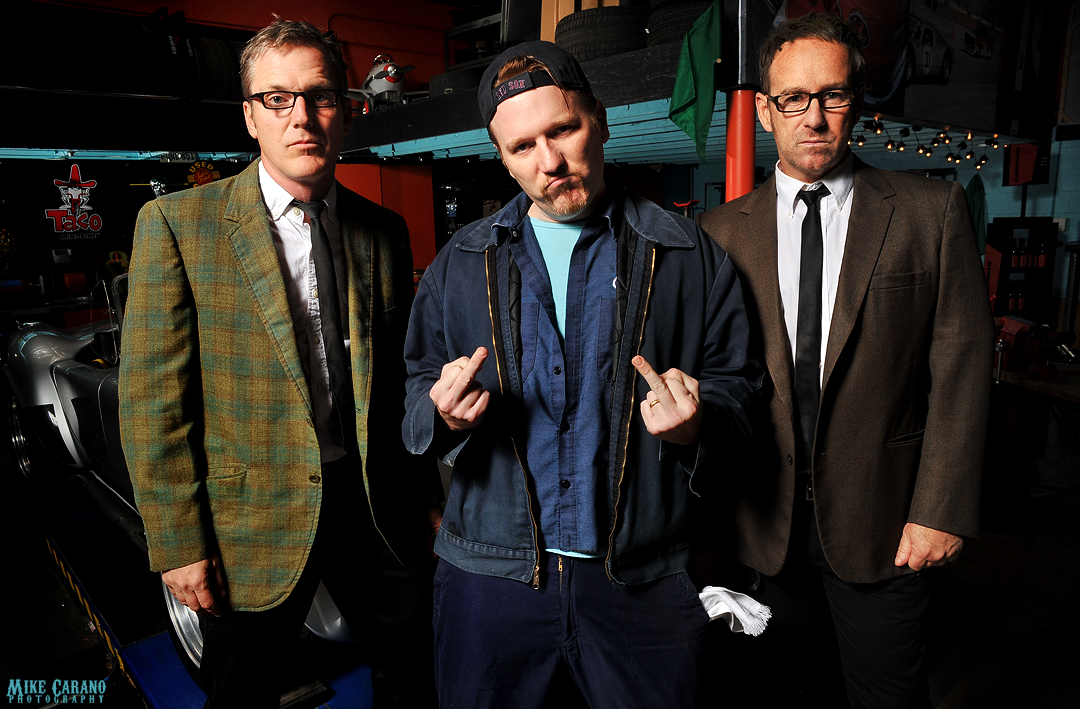 5) What is your favourite memory from your work as an actor so far?

My favorite (I just had a fight with myself over whether to add the U or just do the American spelling. I know it’s your language we’re speaking over here, but I felt like an impostour douing it, so I had to bail). What was the question? The honest answer is it was doing the movie “The Terminal”, directed by Steven Spielberg. He had come to see my show when it first was getting popular in LA and afterwards he gave me a part in the movie. Besides constantly laughing that doing drunk karaoke had ultimately lead me to a Spielberg movie, the most memorable part was my first day on the set. I’d gone in for a wardrobe fitting and they suddenly decided I should be in the big dramatic scene where Tom Hanks’ character finds out he can finally go back to his country. They rushed me over and placed me next to Catherine Zeta-Jones and called “Action”. Just as Tom Hanks began to muster up some of his best Tom Hanks Oscar emotions, the theme to “Sanford & Son” started blasting out of my pocket from the cell phone I forgot to turn off. They cut and screamed“Who the HELL has a cell phone?!?”, as I clutched my pants pocket and just stared at the Zeta-Jones like “Be cool, lady.”

6) Do you prefer cats or dogs?

Dogs. There’s no comparison. To a cat, YOU are the pet.

7) What is the best thing about traveling?

TICKETS TO SEE THE DAN BAND AT THE GARAGE IN LONDON ARE STILL AVAILABLE.