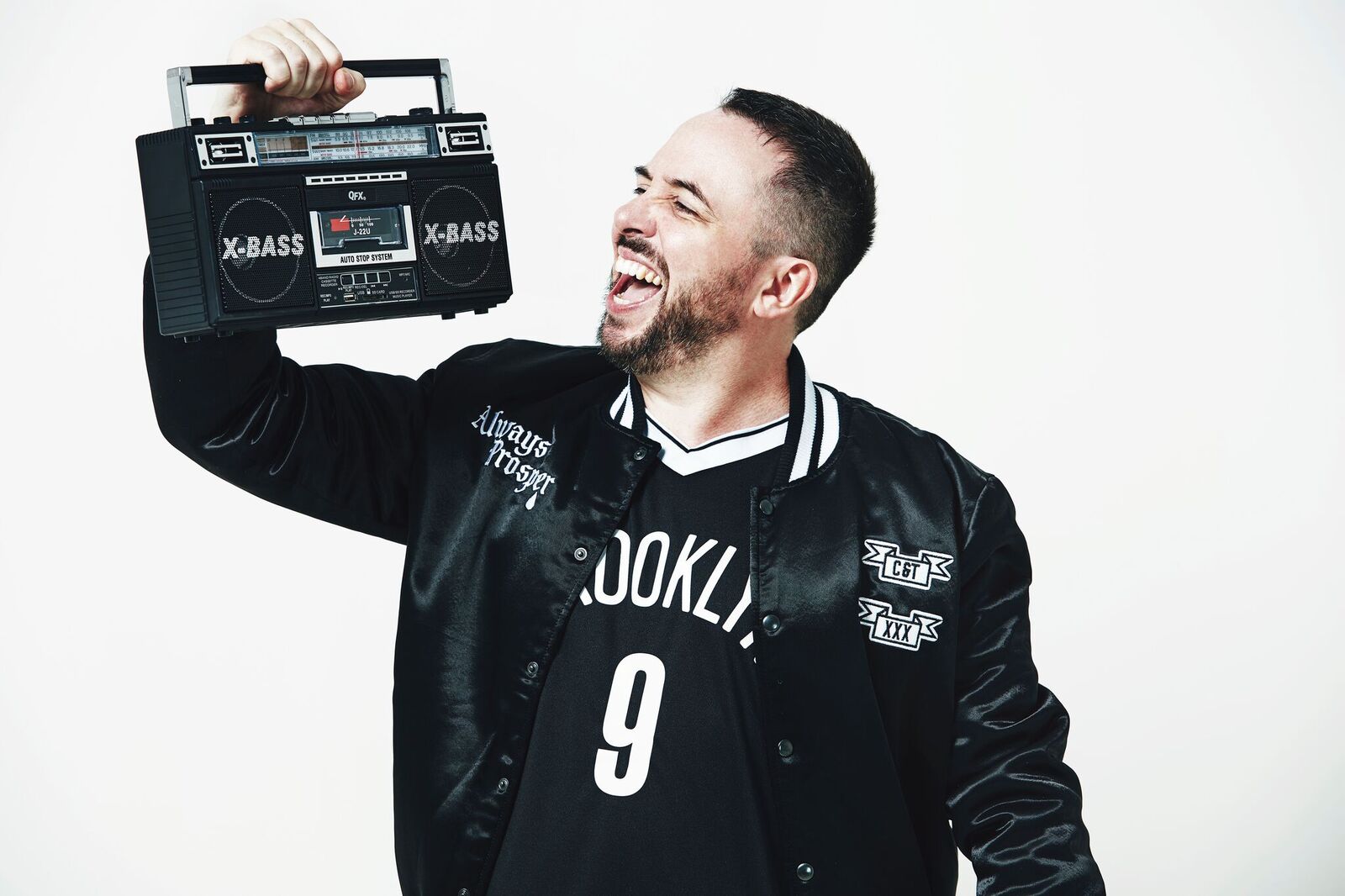 Rather than lots of small instances of audience participation (note Abandoman’s previous set-piece, ‘What’s In Your Pocket?’ where audience members hold up the most obscure item on their possession and Broderick improvises a rap about it), volunteer participants in this new show are a far bigger part of the proceedings. If you have something funny or strange to offer up, prepare to have a musical piece devised entirely in your honour.

Single audience members are brought up to stand in front of a packed Udderbelly, and yet there is never any hint of anxiety. Rob puts his participants at ease by spelling out what he requires of them and never failing to make it silly.

Being a much bigger, much more refined performance, it feels at times as though Abandoman has lost its personal touch. But where this show lacks in intimacy, Broderick makes up for in showmanship. From a heart-wrenching song about leaving a sleeping bag on a train, to a musical re-enactment of a childhood three-legged race, Broderick’s skill for snappy improvisation is as present as ever.

If you want your comedy upscaled, exciting and as loud as a music gig, Abandoman is no doubt the show for you.

Irish stand-up comedian and improv heavyweight Rob Broderick has been touring the UK with Abandoman’s latest show, Life + Rhymes, this autumn. I attended the show on behalf of Quench Magazine.

Abandoman are a hip-hop improv act, best known for performing impulsive songs based on audience suggestions. But if you’re immediately thinking that this might not be for you (if you’re a person who tends to avoid the front row of a comedy gig, or perhaps you’re just not that keen on hip-hop), then don’t switch off, because I am here to tell you why this show is exactly for people like you.

Energetic and loud, the stream of greetings and cheeky side remarks that fly from Rob’s corner as he settles onto the stage may come across as a little overwhelming at first. And it’s clear that Rob knows this is the case; he knows that not everyone in his audience is necessarily going to know what they’ve got themselves in for. With the atmosphere of the room in mind, Rob dives straight in with some trusty crowd work, bouncing off peoples’ responses and asking interesting and unpredictable questions to keep us on our toes. Crowd work is a whole different skill to performing music or stand-up because it relies heavily on how relaxed and open an audience is, and forces the performer to really engage with the ideas put forward by other people in the room. But Rob’s warm charm makes the task seem effortless, and so Abandoman’s audience at Clwb Ifor Bach is on board straight away. 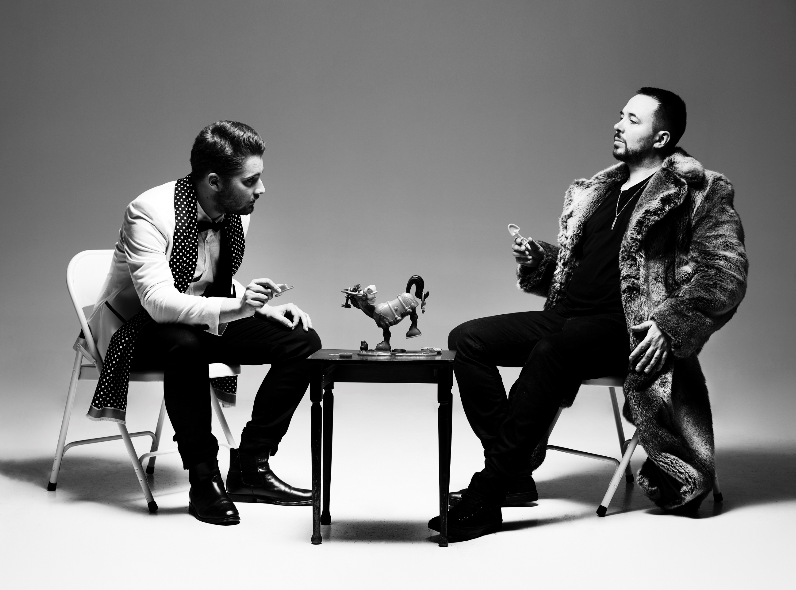 It’s when the music begins (provided by Sam Wilson on the keyboard) that this show truly picks up a gear. It’s obvious from the woops and cheers that a large portion of the room are already dedicated Abandoman fans, and the rest of us are soon swept up in the frenzied, spontaneous fun as the pair embarks on their first song. Entitled ‘What’s in Your Pocket?’ the pair asks us all to dig out the oddest item we can find in our possession and hold it up in the air. The beat starts and Rob makes his way through the audience, improvising a rap about a conker, hot sauce, a set of teeth, a stethoscope, and a fork (that one was ours… ‘Look at you man, it’s an atrocity. She will fuck you up with lovely cutlery!’). This is a song they’ve been doing for years, and yet every single time, it evolves into something completely unique.

The rest of the songs from this point on are structured around the core premise of the show: the life of Abandoman, from the very beginning. The story Rob spins is silly and far-fetched, yet he draws in audience members as though they were old friends, easily remembering names and facts about each person. Retired day nursery worker John even becomes an integral part of the show.

In a way that’s reminiscent of Jason Byrne (and no, not just because he’s also Irish), Rob has an uncanny ability to conjure up something from absolutely nothing, whilst taking care of his audience and nurturing an exciting, friendly atmosphere.

Having begun the evening saying, ‘This is a show that stars every one of you,’ you could be forgiven for being apprehensive, but, despite some of our fears, there was no feeling of being called out in class when you don’t know the answer. Those who want to join in, or have something funny to share, are free to. It’s almost an open mike night of silly humour, with a good-natured, gentle force driving it. But the show still has structure, and the guys on stage are always in complete control of the audience and the night in general. We are all in the palm of Rob’s hand.

This is incredibly skilled, feel-good stuff, and it comes from a place of gleeful creativity and genuine warmth. What a delight to witness it live.

THIS ARTICLE WAS ORIGINALLY POSTED ON QUENCH.