Quacks is a Victorian medical satire set in London, where the future of modern medicine is just beginning to stand on its own two feet. It’s gory, ludicrous and shocking in parts, but it seems that this is perfectly fitting with the plights of medical advancement throughout this period.

Written by James Wood (of Rev notability), the dialogue is smart and droll, with the relatively small cast working together well. The core cast in question is made up of British drama heavyweight Rory Kinnear, Lydia Leonard, and The Wrong Man‘s Mat Baynton and Tom Basden, and the dynamics within this group of colleagues and friends is relatively complex (though perhaps typical of Victorian Britain, where infidelity is common, with women being treated as objects for mens’ pleasure).

Quacks explores the work of various medical revolutionaries, from surgeons to dentists to psychiatrists (or ‘mad doctors’), mocking the Victorian folk psychological view towards health and self care, presenting concepts like tooth-brushing and hand-washing as groundbreaking and a load of unnecessary faff. And anyone with an eye for hygiene, or even those without, will surely have their stomaches turned by surgeon Robert (Kinnear), who conducts live operations in front of his captivated audiences, which are reminiscent of the frenzy and activity one might expect to see in a depiction of an Elizabethan crowd watching a Shakespearean play. 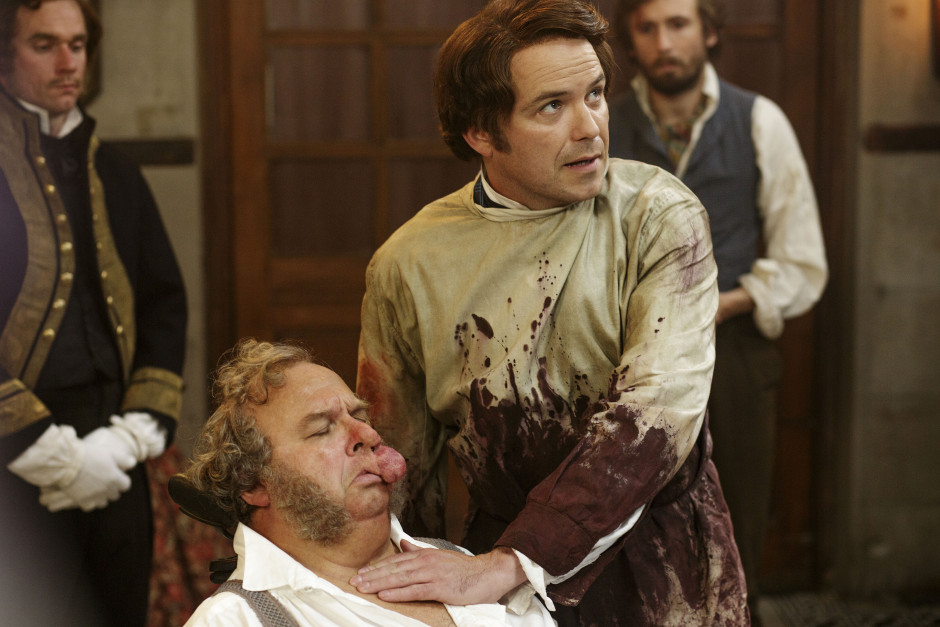 And many famous names are scattered throughout the storylines, as Charles Dickens is portrayed as an egotistical ponce and Florence Nightingale as the ridiculed revolutionary that she was. But, in keeping with the issues raised, prejudices are challenged by our female characters, particularly from Caroline (Leonard), whose wish to extend her passion for anatomy and medicine to a career as a surgeon is met with laughter and discomfort by her male counterparts, particularly her husband Robert.

Upstart Crow-esque in its conceptualisation, Quacks is a humorous look back on the notably blasé approach to health and hygiene within experimental medicine that resulted in the gruesome deaths of thousands, and yet also lead to the advancements in modern medicine that we see today.

CATCH UP WITH QUACKS ON BBC iPLAYER