Paul Whitehouse stars in a new comedy, based on his BBC Radio 4 series: Nurse, and I am given further reason to believe that 2015 is set to be a brilliant year for British comedy on television.

This heart-warming programme has a format similar to that of a sketch show but this is approached in a new way, intertwining the narratives through the use of community mental health nurse, Elizabeth (played by Esther Coles), who visits vulnerable adults in their homes. The group of service users, most of whom are played by Whitehouse, include an elderly man with schizophrenia who thinks he has received a letter from Ted Hughes and a morbidly obese man called Graham who seems to have an unhealthy relationship with his mother, as well as with food. 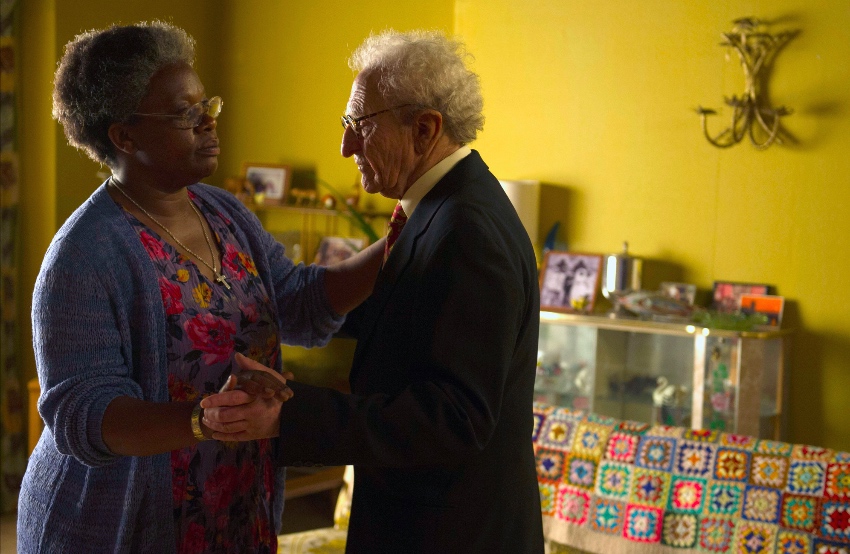 Nurse appears to be incredibly well-established from the very first episode, which is certainly worthy of credit, thanks in no small part to the years of writing experience Paul Whitehouse possesses, I’m sure. The humour is satisfyingly dark (note a moment where Liz, PC Dave (Doc Brown) and PC Terry (Colin Hoult) discuss a racist man, referring to him as “Ku Klux Kevin”) with a certain layer of bleakness reminiscent of Ricky Gervais’ Derek. But the aim of Nurse is certainly not to mock those who struggle with mental illness, but rather, Whitehouse wanted to “explore the world of a Community Mental Health Nurse with warmth, compassion and humour.” With excellent, sensitive writing from Whitehouse, Coles and David Cummings, this target is certainly met, and the programme revolves around the people, rather than their reasons for requiring extra support.

When we don’t talk about something, it makes us all so much more fearful of that thing, which is why I think this programme has come at a perfect time. Nurse is helping us challenge the stigma attached to mental illness in its own small way, and is a prime example of how important comedy is in today’s society as a means for getting a message across.

Its first series is quite literally short and sweet, being just four episodes long, but I hope for another, and perhaps longer, series of Nurse off the back of this one’s success.

CATCH UP WITH NURSE ON BBC IPLAYER