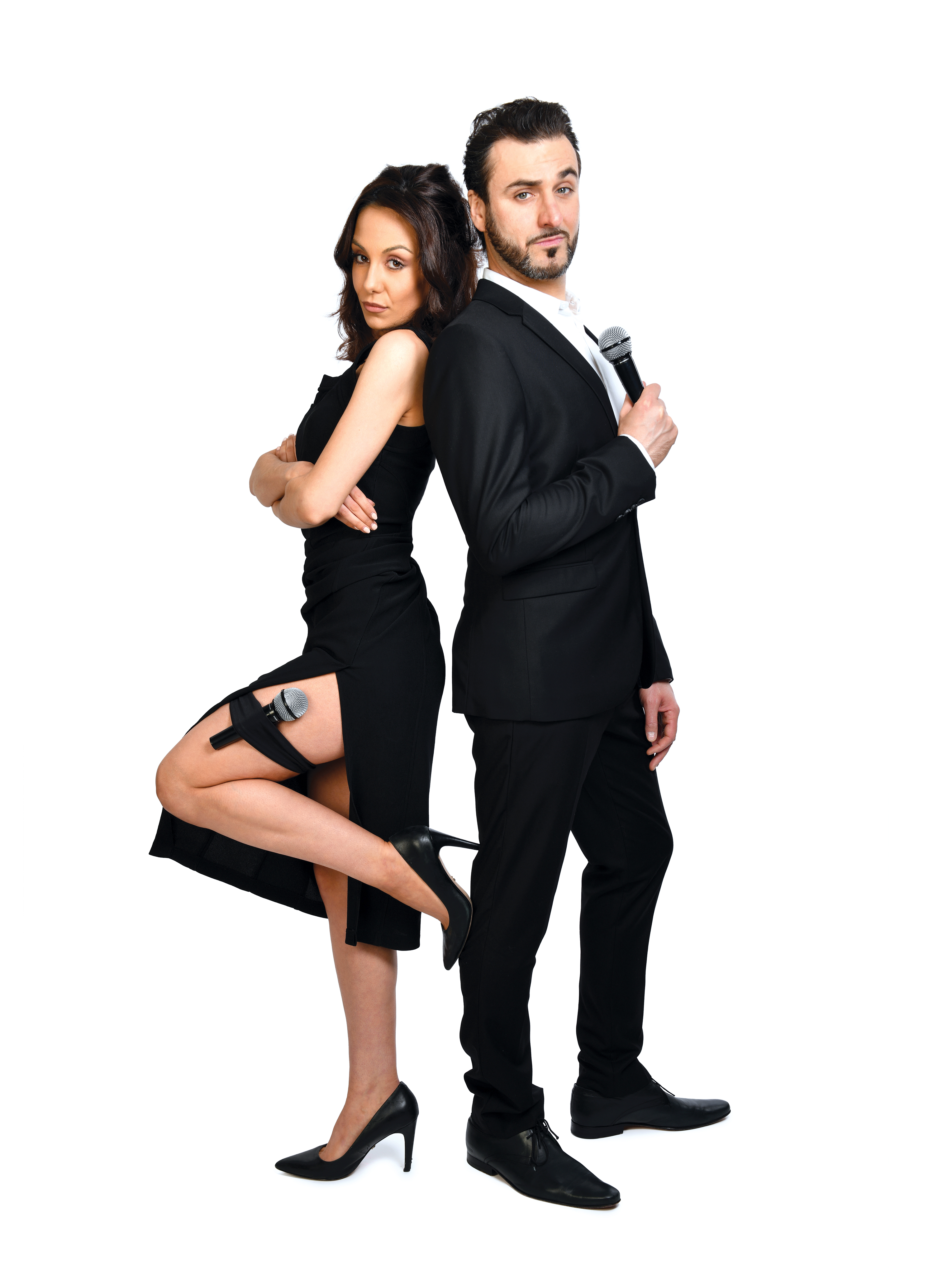 Who? Lily Lovett and Patrick Monahan

Where? Just the Tonic at The Caves (venue 88)

Yes. We’ve been previewing our dating show all over the country so I feel ready to matchmake all the singles in the city this month! It’s such a fun show to perform so I’m just excited to have fun with our audiences.

We are hosting a dating show that is both for singles and couples. It’s Love Island meets Blind Date, a bit old and a bit new. We have a special guest each night, a single fellow Fringe performer, and we play games to eventually match them with their most suited member of the audience. We test couples on how well they know each other and there’s lots of comedy and sketches.

Working with my partner (comedian Patrick Monahan)… No it’s great working together but because we’re a couple we don’t have the sort of politeness two colleagues would have with each other. We’re very much ‘that’s an awful suggestion Pat’ and ‘Lily that’s a terrible idea’. Being so honest and unafraid to be blunt with each other probably saved us a lot more time compared to less intimate double acts!

Anyone! Lots of performers say that but really, our show is clean and fun for everyone, families can come, older couples can come, young single people can come, it really is one for everyone.

Obviously I’m going to say my partner Patrick Monahan’s solo show at the Gilded Balloon, 8pm. It’s basically an hour of him taking the piss out of me, which I don’t mind because my dad is a comedian (Red Dwarf’s Norman Lovett) and since I was old enough to talk I was watching him make jokes about me on stage. Pat’s show this year is brilliant, it’s my favourite of his yet. It’s very relatable, all about relationships and living together, in the previews I’ve seen a lot of the audience nodding throughout! He talks about how we’re from such different backgrounds (immigrant working class versus British middle class) and there’s a particularly great routine based on me making avocado on toast. It’s very funny!

It’s so beautiful. And I have a strong connection with Edinburgh. My parents met here at the festival, my dad was performing at Gilded Balloon so it’s funny that my partner also does. I spent my very early years in Stockbridge and after moving to London we still came up to the festival for my dad’s shows. Now I perform here in festival time and we often come for Christmases so it feels a bit like a second home.

We are off to Ibiza for a well earned holiday straight after our last show so Edinburgh can rain as much as it wants this August, in September I will make up for it and finally get a summer tan! Then we’re going to set up a regular night in London for our dating show and do some shows in other cities too.

GET YOUR TICKETS FOR ‘DATE NIGHT’ HERE