This week welcomed the sixth instalment of the University of Birmingham’s comedy night with David Morgan, James Dowdeswell and Adam Kay performing. 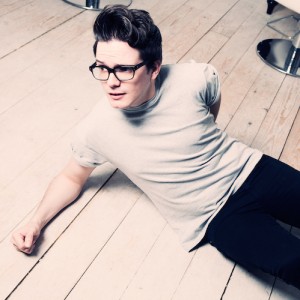 David Morgan was the night’s compère and also happens to come from Birmingham himself (if Solihull counts). He effortlessly cracked the formal atmosphere that such a beautiful music hall inevitably brings with his un-floundering energy and cheeky conversational style. Morgan expertly intertwined humorous personal stories into his interactions with the audience, which ensured his performance didn’t come across as forced which is an obvious obstacle for many MCs. His set was diverse but he tied all the threads together well, talking about his family, childhood and the prospect him and his boyfriend having children themselves one day.

Next was James Dowdeswell, who also showed that he is comfortable talking to an audience and incorporating those interactions into his comedy. With mannerisms that reminded me of Hugh Dennis, Dowdeswell reminisced of the time he met Stephen Fry, which gave him the opportunity to showcase his uncanny impersonation of him. As his set progressed it became clear that this comedian is rather accomplished at performing accents, which definitely enhanced his funny anecdotes about his hometown and experiences of mugging. 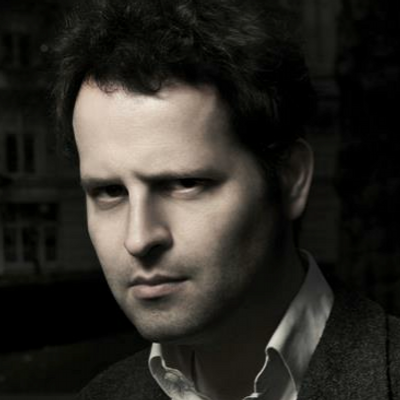 Adam Kay, who co-wrote Crims, is not someone I had previously associated with stand up comedy, but I have since learned that he is quite a fantastic musical comic. His demeanour on stage is considerably sinister and, beginning with his darkest material, he certainly set the tone for some distasteful comedy that wicked people like me thrive on. Kay adapts many pop songs: adding new lyrics to develop wacky concepts with the chorus often becoming the ‘punchline’ to the core joke. In this sense, these musical interludes feel a little like stand-alone one-liners, but Adam’s clear aptitude for playing the piano was refreshing enough to avoid the occasional stale atmosphere that one-liners can build.

And so, another wonderful comedy night at the University of Birmingham drew to a close and I am already looking forward to the next event in May.

Crims is a sitcom about Welsh nice guy Luke, played by stand up Elis James, who is unfairly sentenced to two years in a young offenders institution as a result of his moronic friend (the brother of Luke’s girlfriend), Jason (Kadiff Kirwan) getting him involved in a failed bank robbery. These two unlikely friends are now forced to spend all of their time together, as a result of sharing a cell, and simultaneously try to keep their heads down as well as ending up on the frontline of all manners of trouble.

Luke, or “Lulu”, as Jason calls him, is your typical antihero. He is meek and frustratingly stubborn, but an increasingly likeable character nonetheless. Jason, on the other hand, is an endearing idiot, who we can forgive for all his wrongs because he is oblivious, and very funny as a result. It’s fair to say that Luke and Jason are unlikely protagonists, their personalities are polar opposites and they bicker like an old married couple.

A hilarious backstory between prison officers Dawn (Cariad Lloyd) and Creg (Ricky Champ) provides a refreshing side-narrative that develops with each episode. Creg’s incessant stalking of Dawn also adds a sinister element to Crims, and, mark my love of shows like The Mighty Boosh, Snuff Box and The League of Gentlemen, you can see why I’m a fan.

The writing from Adam Kay and Dan Swimer is excellent; the characters come together effortlessly and there is no room for boredom in a jam-packed 30 minute episode. Crims has a brilliant cast, including Theo Barklem-Biggs as Twilight-obsessed thug, Marcel, Ed Kear as ‘Black Elton John’, Selom Awadzi as Daz, and Jamal Hadjkura as the prison-snitch, Isaac. And appearances from the likes of the fantastic Tracy Ann-Oberman and Sylvester Mccoy make a great addition to the cast too.

This brand new sitcom has proven itself to be highly original, witty and accessible, and I hope there are more series to come.

CATCH SERIES ONE OF CRIMS ON BBC IPLAYER